Testicular sperm extraction (TESE) is the process of removing a small portion of tissue from the testicle under local anesthesia and extracting the few viable sperm cells present in that tissue for intracytoplasmic sperm injection (ICSI). The testicular sperm extraction process is recommended to men who cannot produce sperm by ejaculation due to azoospermia. Schoysman R,at al 1993, first demonstrated that spermatozoa extracted from the testis are able to successfully fertilize human oocytes, leading to pregnancy. 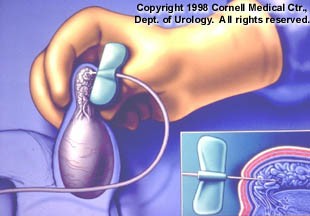 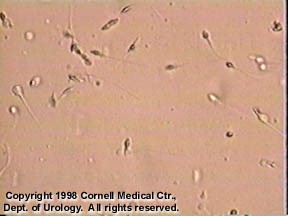 Fluid Aspiration from epididymis        Under Microscope

Percutaneous Epididymal Sperm Aspiration( PESA) is done under local or general anesthesia with the specialist inserting a needle attached to a syringe into the epididymis (the tiny collecting tubules next to the testicles), then gently aspirating fluid. The epididymis is the structure into which the sperm first flow after developing and leaving the testicles.
PESA is used for men who have had a prior vasectomy and in those who have a congenital or acquired obstruction of the genital tract such as absence of the vas deferens. The sperm retrieved with this technique can only be used in conjunction with ICSI treatment.
Sperm may not always be obtained with the PESA technique and the specialist may have to perform an open procedure called TESE.

Sperm are small one-celled organisms produced by the male testicles. When joined with a woman’s ovum, fertilization can occur and a pregnancy is the result. They are manufactured by the testicles and then stored in a small organ located just above the testes called the epididymis. In most cases the sperm are secreted during ejaculation, combined with a thick, milky, fluid called semen that is used to sustain and mobilize the sperm. When no sperm are present in the semen during ejaculation, such as in men who have had a vasectomy, testicular sperm extraction may be used.

Testicular sperm extraction is not used for artificial insemination, or the insertion of sperm into the uterus for fertilization. The main reason for this is that there are often not enough sperm present in a single extraction. They are more often used in intracytoplasmic sperm injection(ICSI). This is when the sperm is injected artificially into the ova and then inserted into the uterus once an embryo has been formed.

Men who are unable to produce sperm usually fall into two categories: obstructive azoospermia and non-obstructive azoospermia. In the first scenario, sperm count is normal but somehow blocked. In the second scenario, sperm is not to be found in the ejaculate but is may still be produced somewhere in the testes. It is in this second scenario that TESE, which involves removing a small amount of testicular tissue for sperm extraction, may be an option worth exploring. If viable sperm is found in the tissue, it may be able to be used to fertilize eggs.

Being unable to produce sperm through ejaculation qualifies a man as a possible candidate for the testicular sperm extraction procedure. In today’s modern world of medicine, there is hope for men who experience difficulty in fathering a child. A physician, through testing, can determine if the problem is due to a blockage in the sperm-carrying ducts, of if the sperm count is simply too low in certain areas of the testes. Men who experience either of these issues may be candidates for testicular sperm extraction.

Testicular tissue is harvested by an open technique at an operation theater beside the embryology laboratory. A small incision is made at the scrotal skin and testiculat tissue biopsy is obtained. A Then, the sample is send to an embryologist to assessed presence of spermatozoa. The embryologist will tease or mince the tissue in the culture media and observed it under a phase contrast microscope to identify mature sperm and other cell. A portion of the tissue is then placed in formalin solution for formal histological examination. If mature spermatozoa are identified, is placed in freezing medium and freeze it for future use or  obtain fresh sample for Intra Cytoplasmic Sperm Injection (ICSI) on the same day of Assisted Reproductive Technique (ART) procedure. If no spermatozoa identified, seminiferous tubules from another testis is subsequently explored in a similar method.

Cryopreservation (Freezing) of testicular tissue and its ultimate effective use with ICSI has revolutionized the way of practice in reproductive medicine .Sperm can be identified, stored, and used at the time of oocyte maturation. In this way, couples are spared the disappointment of undergoing the process of controlled ovarian hyperstimulation and oocyte retrieval, only to learn that pregnancies could not be achieved owing to lack of available sperm. There is never an absolute guarantee that frozen sperm will thaw with appropriate viability, thus counseling regarding the use of frozen sperm is important.
Risks associated with the TESE procedure are quite low. Mild bruising or slight bleeding is experienced by some patients; however, these potential side effects are generally short-lived. While nerve damage could be possible, it is highly unlikely. Shrinking of the testicles is also a rare occurrence as result of the procedure.

TESE provides an additional option to couples experiencing difficulties with fertility. Many men feel they are being given a second chance when given the opportunity to father children through testicular sperm extraction. TESE helps to eliminate the need for donor sperm and proves once again there are medical challenges that can be overcome by the wonders of advancing medicine. 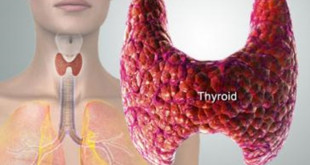