What are temper tantrums?

Temper tantrums are the expression of a child’s frustration or stress which he can’t cope with. It is usually an expression of the child’s anger and at times may be mixed with another emotion e.g. fear. It occurs more often in children aged 2-4 years and occurs both equally in boys and girls. Some children have tantrums frequently while others have them rarely, dependant on the child’s temperament

What are the signs and symptoms of temper tantrums?

What are the causes of temper tantrums?

Tantrums are shown usually when a child

How can temper tantrums be dealt with?

Points that may be helpful are:

If the tantrums are getting worse time out can be used for children above 3 years. Remove the child from the situation and get him to sit somewhere boring e.g. on a chair in the corner. Keep him there for a set length of time: usually 1 minute for each year of life starting from when he calms down. Tell him why he has to go to time out. Once he has completed time out don’t nag or scold him all over again. Praise him for calming down and being able to control himself.

How to Improve Self Esteem of Overweight Teenagers 15 Years & Below 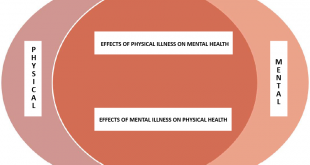