Super Mum is a woman who takes on the selfless and unconditional responsibility to nurture the emotional and physical well-being of her children, and manages to successfully pick up the household responsibilities. 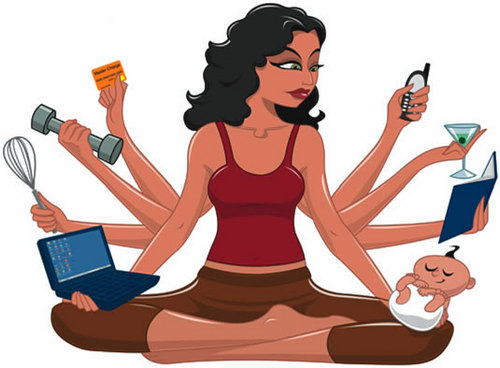 The word super mum was introduced in 1974 to define an exemplary mother who is responsible for the traditional duties of housekeeping and child-rearing while working as full-timed employees. Super Mum also is known as Super Multiple Mum as they are performing many tasks in their daily life and able to balance a career.

Super Mum is an ultimate mummy-warrior, who can perform multitasks without pride or complaints. Super Mom can be called as traditional parenting practices to incorporate a brand new, less oppressive, methodologies, and trends as soon as she become available.

Basically, Super Mum has two jobs: being a mother and being an employee. As an employee, she may be able to leave her work at the office but she can’t ever completely leave her family at home.

A Super Mum takes on many roles at once. She has mastered the art of multitasking efficiently and makes it look easier than you can imagine.When you’re a full time employee, and a full time mother, you don’t question how you will do it, you just make it happen.

There are many reasons which caused the rate of Super Mum increasing nowadays. One of it is because Super Mum can get time alone if they work instead of staying at home. In the workplace, mother can temporary get away from family to think peacefully and to focus on something other than the persistent needs of children. Besides, Super Mum can also earn money when they are working rather than only childbearing. The money can actually feed and clothes her family as well as provide them for financial security in the future. Income from work also can provide some of the extras in life, for instance vacations or extracurricular activities for children.

Super Mum may want to practice independent of her husband in terms of emotional, economical, and also learn extra knowledge. Super Mum also desire for excitement that can found in business world as there are plenty of new challenges and people to meet. Super Mum can gain both satisfaction from childbearing and household and also the solid salary, feedback from co-workers and customers from work place in which the happy and confident mother can act as role model for her children.

On top of that, the public and private sector are providing a strong support and commitment to Super Mums. Therefore several initiatives to help working mothers create a balance between family and work. The initiative includes setting up nurseries in the workplace, implementing a flexible work schedule and work from home arrangement. By having nurseries in the workplace give working mothers or Super Mum a peace of mind and increasing their productivity without affecting the family institution.

However, in this recent decade, Super Mum Syndrome which had been widely spread among super mums in the societies has created a point to ponder upon. A super mum who is having super mum syndrome might begin to feel exhaustion and huge guilt simultaneously. She might feel the problems happened in her household are her responsibilities and starts to blame herself for the inability to solve the problems immediately.

Furthermore, a super mom is always found multitasking while thinking of the next task that needs to be prioritized. She even has irrational beliefs that she has to do something spontaneously if not her family will fall apart. Normally, a mother with “Super Mum Syndrome” wills experiences passive anger.

In another word, she feels betrayed by her children as she invests her time, her career, even her wants to prioritize the need of her children and she holds expectation for her children and feels guilty after that. Moreover, mother with Super Mom Syndrome will feel frustrated when the goals for the day are not able to be met.

Qualities of a Super Mum

1. Super mum gets things done
One of the first qualities of a super mom is that they can get things done. Whether it is household chores, a project at work or dealing with family issues, super mums know how to find solutions to almost every problem.

2. Super mum must know how to say “NO”
Super mum is smart at refusing friends, relatives and coworkers who take advantage of her and used up her time and energy. The time that she gain from refusing others will be used to complete the tasks she feels more important to herself as well as her family. 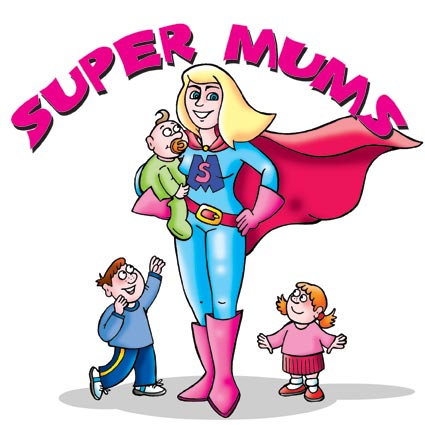 4. Super mum is loving and firm parent
Super mum has both type of personality as a soft hearted, loving and caring but at the same time super mum set fair rules, assigns age appropriate chores and hold her children accountable for their behavior.

5. Super mum can balance family and work
Super mums don’t give up their passions and ambitions when they are burdened with the responsibilities of being a mother and a wife. Learn to balance both at the same time, without making too many compromises.

6. Super mum trusts her intuition
Super Mum considers the unique traits that make children individuals. She respects the difference possessed by each child and act accordingly to their needs.

7. Super mum appreciates the big picture
Super mum do not take into account small mistakes by her spouse or children but try to focus on the benefit of the family as a whole.

8. Super mum knows when to delegate
Super mum is good in delegating jobs rather than doing everything by herself. She knows when to let go and allow other to take on roles that they had to do on their own.

9. Super mum enjoys being a mum
No matter how strict her schedule is, Super mum will never loose an opportunity to be with her kids and enjoy every moment with them.

Today’s working mothers feel that they’re not living up to the standards their mothers set because there is now a cultural expectation that they should work. As a result, they feel they are falling short or even failing because they are measuring themselves with the “traditional mums”. Whereas on the other side, dads are exceeding the standards of their fathers because the expectation is that dads should be more involved at home.

On top of that, Super Mum faces huge conflict when she has to make decision between the needs of her family and the future of her career. Whether to apply for the promotion that will relocate her family across the country or to put her career on the back burner until the kids are grown. Not to mention that most of the times, Super Mum has to refuse the promotion just because her husband doesn’t want to move along and most of the times she feels guilty no matter what choice she makes. 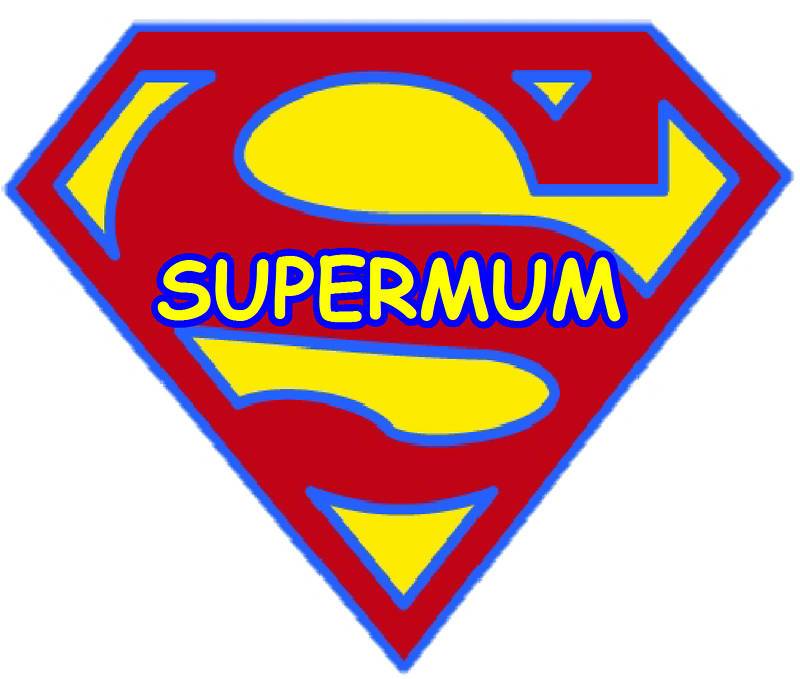 An article in The Malay Mail, on 20th December 2012, highlighted the dedication shown by a mother who spent the best part of her last 4 years accompanying her 25-year-old son who suffers from cerebral palsy, hearing-impaired and also wheelchair-bound to earn a degree in software engineering. She was handed a special appreciation award for her selflessness as an interpreter to her son who understands only sign languages.

The case reported above is an example of billions of sacrifices a mother called “Super Mum” has contributed to her family.  Can you imagine the dilemma faced by the Super Mum when she has to leave her other children at home while she accompanied her son to the University? Can you guess what time did she wake up everyday to cook and finish all the house chores so that she can be on time to the class?

How many times have you seen a Super Mum left work early to take a sick child to the doctor or to attend a parent-teacher conference? Don’t you think deep inside her, she feel like she wanted to ‘sneak’ out of the office right at five o’clock whether her work is finished or not so that her child won’t be the last one picked up at daycare?

How many times a Super Mum’s commitment to the company and her career is being questioned when she put her family first? And best of all, the second shift begins as soon as her “outside the home” job ends. She has to fetch her children from school or daycare, clean the house, prepare dinner, wash dishes, send them to tuition class, teach them home works and on and on and on.

Being a Super Mum is never an easy job. If a Super Mum was given a choice, I bet you, none of the women wanted to be a Super Mum. The reality is, in the current economic condition, a woman has to work as she needs the income to support her husband to provide a better life for their children that is impossible on one income.

For Super Mum, life is exhausting. She is constantly being pulled in multiple directions. She is expected to perform miracles that few could accomplish. She has to take care of everyone around her with a smile on her face.

A woman, who has Super Mum Syndrome, must have their own Self Care Plan to De-stress. The particular mother has to identify activities that help her to de-stress and recharge her energy as well as commit a “Self-care” plan so that she can obtain high self-esteem and good mental health. 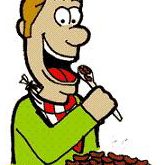 Eating Vs Culture : A Reality

The Importance Of Hobby