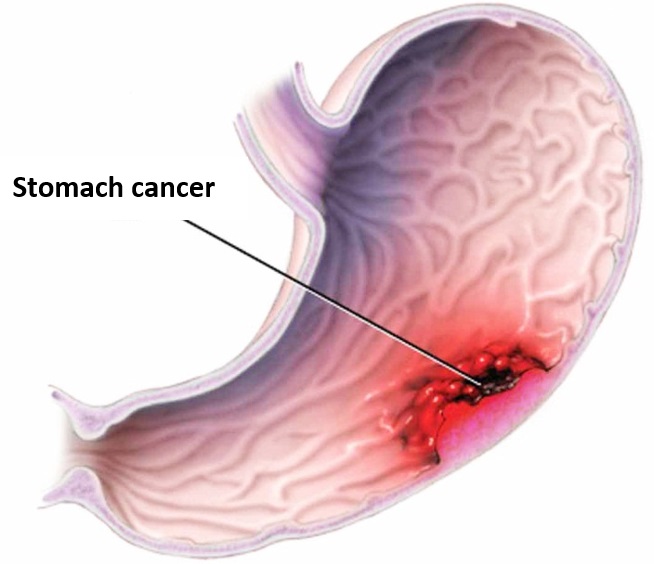 Majority of patients with stomach cancer are among those 65 years and above and it is more common among men than women.

Stomach cancer has a very high chance of cure rate if it is detected and treated early. Unfortunately patients commonly present late due to its subtle symptoms. It will be difficult to treat stomach cancer once it has metastasized to other organs.

Among the risk factors that predisposes to stomach cancer are

Stomach cancer may take a long period before it manifest. Early symptoms are subtle and majority of patients are asymptomatic. Sometimes these patients were initially treated like any other benign stomach diseases like peptic ulcer.

Difficult early detection causes majority of cases present at a very late stage of the disease.

Some of the common symptoms associated with stomach cancer are

In the early stage stomach cancer can be treated with endoscopic resection. However majority of patient may require surgery that entails resection of no less than two third of the stomach or all of it. This will also include all the lymphatic tissue adjacent to the stomach. If the cancer is in advanced stage rarely surgery will be required accept to palliate the symptom of obstruction and this is no longer a curative surgery.