Snatch Theft – Dont Be A Victim 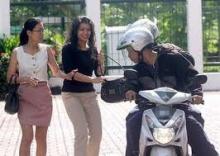 Snatch theft is a criminal act. It is an act of forcefully stealing from a pedestrian while employing rob-and-run tactics.

A growing problem in Malaysia, some instances of snatch theft have caused fatalities, when the person holding onto the handbag has been dragged by the motorbike or through subsequent acts of violence.

Fast, sneaky and almost undetectable. These are the traits of an experienced snatch thief. They can work alone or as a team and their ‘prey’ are usually unsuspecting victims, who are more often than not alone, occupied and unaware of their surroundings. 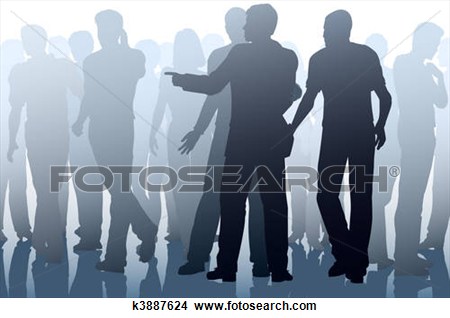 Editable vector illustration of two men working together as pickpockets

It is typical for two thieves to work together and ride a motorcycle to make theft and escape easier. A person steers the vehicle while another does the act of theft itself. However, some snatch thieves work alone or do not use a motorcycle to rob.

Diamonds are a girl’s best friends. But sometimes it’s better to leave your ‘friends’ in a safer place. Snatch thieves would never miss the opportunity to make you a victim when you show off a lot of jewellery.

Sometimes when we’re chatting away on our phones, we tend to lose focus on our surroundings, and that’s when snatch thieves strike. Keep the phone calls short and stay alert at all times.

A snatch thief’s favourite catch especially when it’s easily exposed. Ladies, always remember to clutch your handbag under your arm TIGHTLY rather than letting it hang freely on your shoulders.

The WHEN, HOW & WHERE

How To Avoid Snatch Thieves 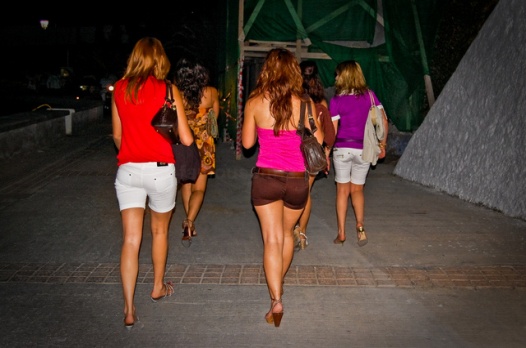 Always put  your pepper spray, knives and keys in places easily accessible to you in a split second.

Everyone has them. Most have sharp edges and can cause cuts if done right. The two grips above are the only correct ways of gripping your keys. Remember to clench your fist real tightly so that it cannot be used back against you.

Useful, light, sharp and passes through any security check. Although a traditional all-steel ballpoint would be more effective than the cheap plastic ones. Again, it can cause harm if done right. All you need to do is grip it like the picture above. Remember to grip the pen as tight as you can. 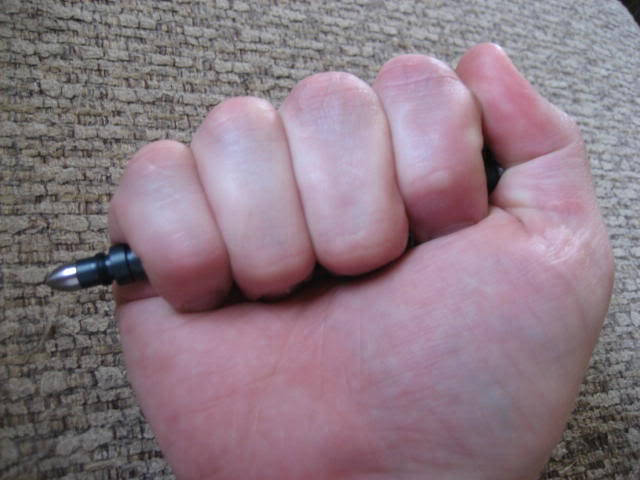 Pepper spray causes inflammation of the capillaries of the eyes and skin causing temporary blindness, nausea, breathing difficulties and an intense burning sensation. It is small and very easy to carry around. It is the best self defense weapon against snatch thieves, PROVIDED you are more prepared and faster than him. 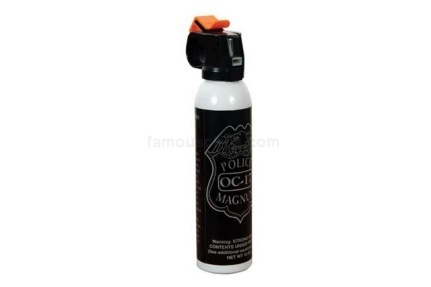 When using it, always keep your eyes open! You may have to correct your aim slightly. You should shoot the spray for 2 to 3 seconds. After shooting your pepper spray, the assailant will normally stop within seconds, blinded and virtually helpless due to uncontrollable coughing spasms. Once the assailant disables, stop spraying and continue to be aware of your surrounding as there may be an assistant nearby. 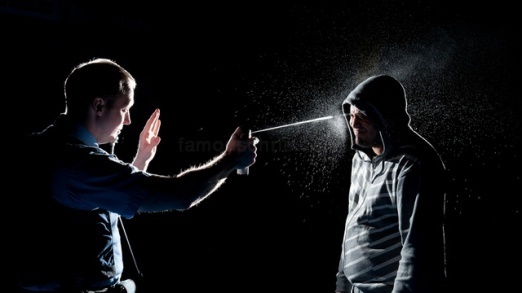 Can cause serious hurt. Also, definitely an item that will draw attention during security checks. Again, this can cause critical injuries and remember to always grip it tightly. 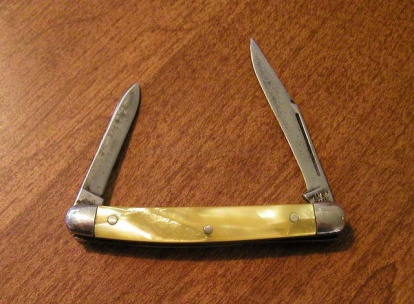 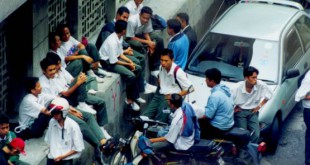