Bites by venomous snakes can cause local and/or systemic envenomation that can result in a life-threatening medical emergency. Snake bite envenomation remains prevalent in many tropical and subtropical countries, unfortunately the epidemiology remain unknown.

Snake of medical importance in Malaysia

There are more than 140 species of land snakes found in Malaysia. Only about 17 of these are poisonous.

Cobras are often found in cultivated farms, swamps, open fields and even human dwellings where they search for rodents. King cobras are usually found in dense jungle.

Pit vipers can be found in rubber plantations, farms, rural villages and forests. The green tree pit viper however is tree dwelling.

Kraits make their habitat in open fields, jungle or surrounding human settlements. Sea snakes are found along coastal waters and near river mouths.

Thus poisonous snake bites often occur among those who live or work near snake habitats (usually rural or agricultural) as well as those who camp, hike or picnic in such areas.

What happens after a venomous snake bite and how severe it is depends on the type and size of snake, amount of venom, number of bites, site of bite (bites on head, neck and body being more severe) and size of the victim. Snake venom acts in three different ways.

Following a venomous snake bite, some symptoms may occur rapidly while others may occur at a later stage. Symptoms that occur early :

Symptoms that occur later (6 – 24 hours after bite) include :

Although the majority of persons bitten by venomous snakes do very well, these snake bites can be very serious and can result in death if not treated promptly.

How to avoid getting bitten? 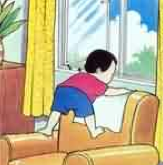 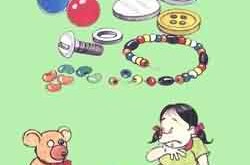