Public’s awareness on radiation protection and exposure are increasing. For an example, the nuclear energy are now being potentially generated as source of energy in our daily usages. In facts, the radioactive are widely used in medical treatment procedures in providing important information for diagnostic purposes.

The new government project that involved the usage of radioactive energy was brought to public attention. For an example, the Lynas Project in Kuantan, Pahang, has caused the local residents to stoods up objecting the project for their safety and security reasons. This is because they knew that these radioactive activities and wastage could affect both health of present and future generations in the surrounding areas.

Radiation accident in Fukushima, Japan on March 11, 2011, incidence that was due to earthquake, has raised the public concerned regarding controlling and protecting radiaoactive rays activities should be highly noted.

Definition and Types Of Radiation

Radiation rays is a form of energy that has the potential to ionized and thus produce an atom or molecule that is sufficient to change the cell systems in the human body. The disruption of cell systems in the human body depends on radiation exposure limits. The DNA in cells can be damage and the mutation may have an impact on future generations if the exposure limits are excessive.

There are five types of radioactive. Their effects and various forms of protection required are a below:

When the human body is exposed to radiation there will be some changes occurs and affect the functions of the human body, especially the cell systems. Cell damage and death will occur depending on exposure limit. Cell damaging may be improved, but in the event of continued cell death will cause shortage since body is unable to produce new cell for replacement. Therefore, it is important to make public aware of the exposure dose limit to be observed as scheduled 1.

Scheduled 1: The exposure dose limit for the public

The cells in an infants and children are sensitive and are actively dividing as the body is still undergoing a process of growth. They should be prevented from being exposed to radiation regardless as planned or unplanned. The fetus cells are also very sensitive, especially during the first trimester period of formation. Disruptions in growth and cells division may cause defects to fetus. Thus pregnant mother is an inevitable to undergo radiation procedures unless with a clear justification from the medical officers.

The Effects of Radiation to the public

How do you know that you are exposed to radiation and how to find out what the exposure limits that you have received?

Exposure to excessive and unplanned radiation doses will produce different effects and risks depend on the receiving body. Sources of exposure to radiation is divided into 2 such as:

Humans can not feel, touch or smell the presence of the radioactive radiation, but it can be measured by using radiation detection equipment, for example in the survey, personnel dosimeters, radiation isotope identification device (RIID) , radiation portal monitors, body counters, etc.

For the public to know the rate or amount of exposure received, they need to know some information about dose assessment of radiation exposure, strength or resources received radiation, and exposure factors such as time or range. Terminology used in calculations to determine the dose rate and biological effects on human body are:

The body will be constantly exposed to the dangers of radiation every day and will not have an impact on the next start early treatment and prevention cannot be retrieved.

Exposure to radioactive materials for long periods can lead to fatal consequences including X-rays that are used during medical examination. Inspection procedures involving X-rays is recommended only once in 6 months and examination of pregnant women is not recommended except with physician’s consent.

If the human body is exposed to radiation or excessive unplanned, the body will respond adversely to a particular sensitive organs. Figure 2 shows the sensitivity of organs to radiation exposure. 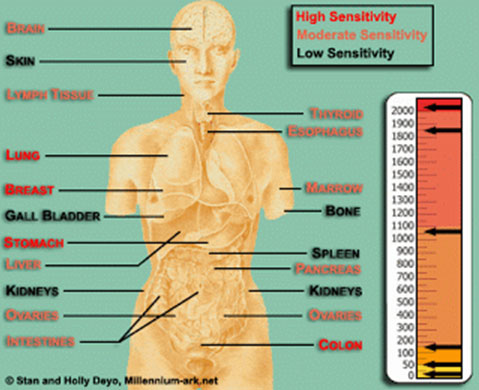 Figure 2: The sensitivity of organs to radiation exposure.

The following is the result when the body is exposed to radiation rate :

Principles and preventive measures for public awareness as follows:

Preventives measures to be observed: 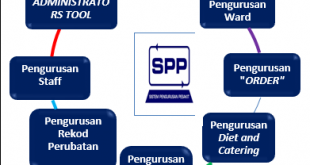 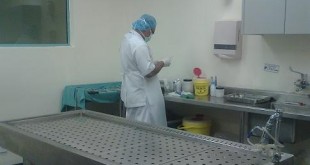