At any point in life, we will always face some sort of crisis financially be it as simple as not having enough pocket money to buy candy or a national level of economic crisis such as Greece. Money helps us to provide for our families, planning for the future and enjoying the leisure time that we can afford. But what happens when we don’t have the money? When trouble hits our lives, jobs disappearing, marriage failures, bills piling up and so on. Nobody is immune to this. So, when we are in this financial emergency, what will happen to us psychologically? How do we handle the psychological consequences? How much can we actually take?

No matter how you get yourself in a financial crisis, once you’re in, you’ll trigger all sorts of unsettling emotional response. Being in denial of a financial crisis, the feeling of fear and panic not to mention anger all running through your blood are some of the responses that are likely to occur. But maybe the most common response which is often overlooked is stress. Those who are in a crisis will develop stresswhen they keep on worrying and becoming restless. It’ll even prevent you from functioning during work and performing daily life chores. At this time, psychologically you are already suffering. For us to manage stress, we need to understand stress. Psychologist categorizes stress into three different types; acute stress, episodic stress and chronic stress.

Acute stress is the one that is most widely experienced as it is usually caused by daily demand and pressures encountered by each one of us. The word “stress” might make us assume that it’s not something good, but acute stress is what gives us the joy and thrill in our lives. Acute stress that is suffering too frequently, however, is called episodic stress. This stress is usually seen in people who created unrealistic goals and suffer from stress when unable to accomplish the goal. Episodic stress is not similar to chronic stress as it ceases from time to time yet not as frequent as acute stress. Chronic stress, on the other hand is the exact opposite of acute stress in that it is dangerous and unhealthy. This type of stress is usually caused by long-term stressor and suffering from this stress can lead to physical and psychological health issues.

By being in a state of stress, three things will be most affected, namely emotion, thoughtand judgement. For instance, an emotion such as anger and sadness may affect how you think about a decision that you needto make and that will affect your judgement. In short, the psychological effects of stress affect the entire process of thinking or better known as a cognitive process.

They tend to give up in planning for their future as they don’t see the point of even planning it when they can’t see themselves being in a better place financially. It is vital that we are on alert to the consequences if we can’t cope during an economic hardship in order for us to be prepared and not suffer the same outcome.

Dealing with financial hardship will also indirectly affects children. They will react to their parent’s distress by exhibiting worse behavior, be it at home or school. Then understandably, they will receive less of the stimulation that promotes learning. They won’t be interested in learning and at the same time they’ll have trouble in finding a peaceful state of mind. As we all know, children are more or less like sponges in which they absorb everything that is happening around them as that is how they learn. So more often than not, there is a high chance that once the children grow up and face the same financial hardship, their reaction would probably have been the same as their parents or worse. Some great tips with surfing, www.bnm.gov.my. Many tips and apps available to deals with this problem.

The psychological impact during financial hardship is telling, but there are always ways to help in coping with the difficulties. Acceptance is important in dealing with hardship because it will let you try and see past the problems and help you to plan your solution to overcome it. Get help as you find appropriate be it from family members, friends or professional help. Don’t dwell too long during a crisis or hardship asit will only make things worse. Try to do something or anything about it to avoid yourself from getting controlled by the crisis itself. You are in charge. You control the crisis and not the other way around. Most importantly, be positive. You lost your job? Well, you’ve lost some in the past and you always landed on your feet. Some lost jobs lead to better jobs. Convince yourself that every time there is a storm, there isalways a golden sky at the end of it. Every dark tunnel, there is always light at the end of it. Every time there is a crisis or hardship, there will always be better days ahead as long as you don’t give up and don’t be defeated by the crisis itself. 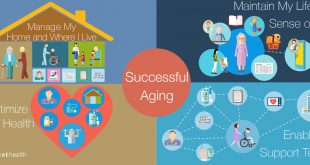 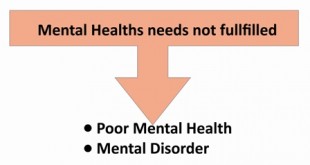