Precautions For People Exposed To Wildlife

Persons exposed to wildlife are at risk to be infected with diseases carried by wild animals. These people include hunter, aboriginal people, people who live near the forest, people who keep wild animals, Wildlife and National Parks staff and people who consume bush meat.

Humans can be exposed to infectious diseases not only from infected animals but also via insect vectors and contaminated soil and water. Insects such as mosquitoes, ticks, flies, fleas or mites serve as vectors, capable of transmitting infection from an infected animal to another animal or a person. People who eat bush meat might get infected if the meat is undercooked or while handling the wild animals.

This article intends to inform people of the risks they face and steps they can take to reduce those risks.

People exposed to wildlife should always consult their physician if they are concerned they have been exposed to a disease or are showing symptoms of illness.

Examples of Diseases from Wildlife

Campylobacteriosis is a disease caused by Campylobacter jejuni or Campylobacter Coli bacteria. It affects the intestinal tract. Many animals, including pigs (including wild pigs), cattle, dogs, moose, hares, and birds, can carry the bacteria in their intestines. Campylobacter bacteria are generally spread by eating or drinking contaminated food or water, unpasteurized milk, and by direct or indirect contact with stool from an infected person, animal or pet. The incubation period usually lasts 2 to – 7 days. Symptoms included diarrhea, abdominal pain, lose appetite, fatigue, headache and vomiting.

Rodents are the natural hosts for these viruses. A human can become infected when bitten by infected rodent or exposed to the rodents’ urine and feces. The incubation period usually 2 to – 4 weeks . Symptoms included fever, myalgia, headache, vomiting and diarrhea

Leptospirosis is caused by Leptospira bacteria. Human become infected by direct contact with infected animals; or by eating food or meat or drinking water contaminated with the bacteria. Many species of both wildlife and domestic animals (especially rats) can spread leptospirosis. It is transmitted through an infected animal’s urine. The symptoms usually appear 2 to – 30 days (average 10 days) after infection, with a mild fever, chills, muscle ache and headache. Symptoms may progress to abdominal pain, vomiting, diarrhea and skin rash.

Rabies is caused by a rhabdovirus. The virus is transmitted primarily through bites and causes severe damage to the brain. Rabies is most common in dogs, raccoons, foxes and bats. The incubation period for this disease is 2 to – 8 weeks. Symptoms include fever, headache, tingling at the site of the bite and fatigue. Once clinical signs of rabies are observed and it is almost 100% fatal in humans.

Salmonellosis is a bacterial infection caused by Salmonella species. Wildlife, domestic animals, livestock, reptiles, birds and wild animals can be infected and can spread Salmonella. Salmonella bacteria are spread through fecal-oral transmission. These bacteria usually infected human by eating food contaminated with the bacteria, or handling food accidentally eating the bacteria after they have touched a contaminated surface or have had contact with infected stool. Symptoms in humans may include mild to severe diarrhea, stomach pain, fever, and vomiting. The incubation period is 6 to – 72 hours with an average 18 to – 36 hours.

Trichinellosis, also called trichinosis, is caused by a parasite called Trichinella spiralis. This parasite lives in the muscle tissue of animals such as bear, wild boar, foxes, wolf and other. The parasite can infect people who eat the uncooked meat of an infected animal. The incubation period is 8 to – 15 days. Symptoms include stomach pain, fever, muscle aches, swelling around the eyes, thirst, sweating, chills, weakness and fatigue may follow.

Cryptosporidiosis is an illness caused a parasite named Cryptosporidium, which is shed in the stool of wild and domestic animals. Infection generally occurs by contact with the stool of infected animals, contaminated surfaces or by drinking water or eating uncooked food contaminated with stool from infected animals. Symptoms include diarrhea, along with stomach cramps, nausea, vomiting, fever, headache and decreased appetite.

Sarcocystosis is a disease caused by a protozoa parasite. This parasitic infection is common in tropical or subtropical countries, especially in Southeast Asia. These parasites are typically found in the tissues of birds, reptiles, and mammals and have a two-host cycle. In humans, Sarcocystis can cause both intestinal and muscular infections. Sarcocystis infection risk in human is low, however, a human can become infected when consuming food, or drinks that are contaminated with the feces of an infected animal. People can also get infected when consuming undercooked meat. Most people who are infected do not show signs or symptoms. However, a small number of human may show mild symptoms such as diarrhea or muscle pain and fever. So far there is no vaccine or specific treatment for Sarcocystosis. Sarcocystosis is a mild and self-limiting illness. Most patients will recover on their own without specific treatment.

Nipah virus can be transmitted to humans from animals. Fruit bats of the Pteropodidae family are the natural host of Nipah virus. Nipah virus can cause severe disease in domestic animals such as pigs. There is no treatment or vaccine available for either people or animals.

The incubation period varies from 4 to – 45 days.

Anthrax is a disease that can infect humans and animals by the bacterium Bacillus anthracis. Wild animals or domestic animals are the hosts for this disease. Humans can get infected with anthrax in several ways, such as direct contact with animals infected with anthrax or by inhaled or ingested anthrax spores.

The incubation period for anthrax is usually 1 to – 7 days. Symptoms of anthrax infection depend on the mode of transmission. Infections of the skin will cause lesions on the skin. Symptoms of infection by inhalation anthrax include fever, fatigue, headache, cough, shortness of breath and chest pain. While the symptoms of gastrointestinal anthrax usually are abdominal pain, bloody diarrhea, diarrhea, fever, nausea, and vomiting.

Avian influenza (AI), commonly called bird flu, is an infectious viral disease of birds. Most avian influenza viruses do not infect humans; however, the highly pathogenic H5N1 strain of avian flu has received much attention in the media because of its ability to infect people who come in close contact with infected birds.

Incubation period ranging from 2 to – 8 days and possibly as long as 17 days. Initial symptoms
includes a high fever, usually with a temperature higher than 38 °C, and other influenza-like
symptoms, respiratory distress and can be fatal.

Q fever is a disease caused by the Coxiella burnetii bacteria. Cattle, sheep, and goats are the primary reservoirs of Coxiella burnetii, but cats, dogs, some wild mammals, and birds are also natural reservoirs. The bacteria most often infects humans and animals through an aerosol route – as the infected fluids dry, the bacteria remains in the dust. The incubation period is usually 2 to – 3 weeks. Symptoms include chills, headache, weakness, fever, cough, chest pain, and sweats

What Is Sick Building Syndrome? 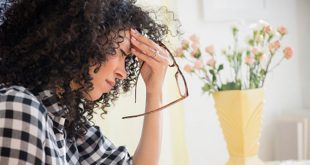