Pre-implantation genetic diagnosis or PGD is a genetic testing that has been performed on gene and chromosome of the embryo produced through in vitro fertilisation (IVF) technique to detect specific genetic diseases and chromosomal disorders. PGD is a technique that aimed to screened couples at risk, and enable them to avoid inheritable disease to their children.

Chromosomes is made out of protein and a single molecule of deoxyribonuclei acid (DNA) that passed from parents to offspring. This carry the gene that contain the genetic material to define the individual and also provide the instructions that tell the embryo how to develop into a baby. Each cells should have exactly 46 chromosomes where sperm and oocyte each have 23 chromosomes. If chromosomes are lost or been duplicate, the genetic instructions no longer make sense and the embryo will be unable to form a healthy baby.

First known biopsy on embryo was perform by Edward and Gardner on rabbit embryos in 1968. As an alternative to current prenatal diagnose, PGD has been developed in the United Kingdom for human since 1980s. Initially this technique has been revolved to determine the gender of embryo as an indirect means to avoid an X-linked disorder. Currently, PGD is available for most genetic mutation like trisomy 18 (Edward syndrome), trisomy 21 (Down syndrome), and X,Y-linked disease.

PGD enable couples at risk of passing on an inherited disorder to significantly decrease the risk of having an affected child. This technique is also one of the option for couples to become a parent without risking the need for termination of pregnancy.
PGD is for:

PGD is a technique that involves testing cell(s) from embryos created outside the body by IVF for a genetic disorder. Tests are carried out for the specific disorder that the embryo are known to be at significant risk of inheriting. Unaffected embryo will be selected for transfer to the uterus in hope that a normal birth will ensue.PGD is completed with IVF/ICSI-(intracytoplasmic sperm injection) started from ovarian stimulation, egg recovery, fertilisation, embryo biopsy, genetic testing and single fresh embryo transfer.

Removal of the PB, and cells from the embryo requires access to perivitelline space of the oocyte through an opening of the zona pellucida. There are three different method in principle for opening the zona; through acidic tyrode solution, mechanical, or laser dissection. 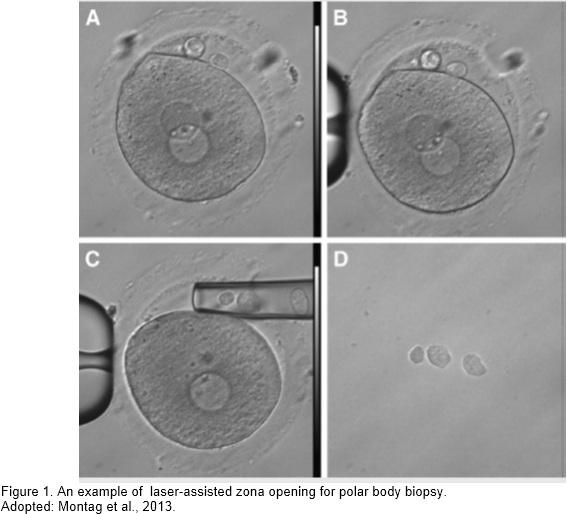 Other than the important of timing of the biopsy, and the methods that have been used for screening in PGD, there are also other factors that need to be considered in performing PGD for patients that undergo IVF treatment. Such as the presence of mosaicism in those developing stage of embryo through blastomere biopsy (Brezina et al., 2013, Scott et al., 2013a). This is a condition where; in a single developing embryo, euploid (normal) and aneuploid cell lines are present and this condition might produce a result that is not representative of the entire embryo (Brezina et al., 2013).

With this phenomenon, rise another question whether genomic sequence of those single or two cells biopsied are enough to represent the whole entire embryo? During ESHRE PGD consortium in 2011, it was well documented about the disadvantage of performing biopsy on the blastomere stage of embryo include negative impact on clinical outcome by more than single cell biopsied and low survival rate of cryopreserved blastomeres embryo compared with blastocyst stage embryo (Harton et al., 2011).

Other than that, the ‘self correct’ theory in embryo, seems to be a technical challenges to perform PGD and the important of results interpretation to avoid misdiagnosis or false-positive results. In some cases, evidence suggest that embryo biopsy actually may ‘correct’ abnormality (Magli et al., 2000, Munné et al., 2005) which embryo mosaicism must no be considered abnormal before reanalyzed during blastocyst stages and discarded for abnormalities (ASRM, 2008). Although other factors such as the accuracy of method of screening used in those research related to ‘self-correct’ in aneuploid embryo could be questioned, however, their observation of those findings acknowledge that PGD results related to time of biopsy performed could be miss interpreted.

Regardless the biological factor involved and how accurate the advance technology in determining the results of aneuploidy screening in potential embryo, performing the biopsy itself, could be challenging as embryo or eggs should be treated with tender and cautions. Those embryos are precious and ‘contain’ such hopes of success from the couple that undergo IVF treatment.

There are evidence that performing biopsy on embryo could give adverse effect during zona breaching performed with acidic Tyrodes and laser (Montag et al., 2004, Harton et al, 2011). Even zona breaching could give adverse effect toward embryo biopsy, reconsidering reanalysis of possible ‘self correct’ed embryo or ‘unable to diagnose’ embryo, is it going to give more benefits rather than stress and trauma toward the embryo? This also could be related to the important of experienced, proficient and fully trained technician or embryologist to perform embryo or egg biopsy as suggested by EHSRE group for interest in PGD consortium in 2011 (Harton et al., 2011).

Couples at risk with genetic inherited disease to their offspring should also considered all the risk involved during IVF treatment such as ovarian hyper stimulation syndrome (OHSS), risk of mutiple pregnancies and risk of having an affected child. Nevertheless, prenatal diagnosis is still available for women conceive following PGD.

PB biopsy might be the optimal time to perform biopsy and determining 40 % aneuploidy screening from nondisjunction in meiosis I (Scott et al., 2013a). In some country such as German that came out with embryo protection act on illegal use of embryos “for any other purpose not serving its preservation”, PB biopsy would be the best timing for PGS. However, German’s researcher have contradicted with the law of German’s legal restriction, where they reported aneuploidy testing on PB of oocyte may not improve reproductive outcome (Haaf et al., 2010).

Although there are pro and cons in performing oocyte or embryo biopsied for PGD, this genetic screening method has been reported to reduced embryo loss after implantation through aneuploidy detection and able to improve live birth rates compared with natural conception in couples with recurrent miscarriage carrying a structral chromosome abnormality (Franssen et al., 2010). 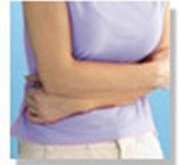