Computed Tomography (CT) is high-resolution medical imaging method employing tomography created by computer processing. The digital geometry processing used to create a three-dimensional image of the inside of an object from a large series of two-dimensional X-ray images taken around a single axis of rotation. Postmortem Computed Tomography (PMCT) is a radiographic examination of deceased used by forensic pathologists in assisting determination of cause of death, identification of deceased as well as localization of foreign material such as bullet fragments. Autopsy is a medicolegal examination to determine cause of death, where dissection of the body is part of the examination. It encompasses a wide variety of specialist investigations including histology, microbiology, toxicology, biochemistry, gene analysis, evidence collection, and photography.

Fig 2 : CT data of a gunshot wound case. (a) This CT section of a gunshot wound shows bone and bullet fragments in the wound track (arrow). Outward beveling at the exit wound of the skull. (b) Right anterior view of 3D CT reconstruction of the bony skull (SSD) showing the hole of the exit wound through the right-sided temporal entrance wound. (c) Left posterior view of 3D CT reconstruction of the skull demonstrating the exit wound with outward beveling. Source from Journal of Forensic Science International. 138 (2003) 8 – 16.

The installation of the scanner follows with the training of the radiographic and non-radiographic personnel, establishing of protocols appropriate for forensic setting, role and instructions of forensic pathologists in the use of imaging workstations and radiological interpretation, quality assurance of images produced, setting up security procedures, monitoring of robust audit trails, administration and management of the post-mortem facility, as well as the CT research oversight.

The engagement of PMCT involves a team of experts comprising of forensic pathologist, radiologist, odontologist, mortuary technician and radiographer, representatives information technology and corporate service division. Forensic pathologist is not trained to read PMCT scan images and radiologist is not familiar with postmortem changes of dead bodies. Forensic imaging gives very promising future in investigation of death with increasing publications from overseas groups. However, a lot of controversial issues arise in the territory of forensic. First, who should be responsible for obtaining and interpreting these results? Should pathologists be trained to read radiographic images, or should radiologists have the domain over the CT and MRI autopsy studies? All these questions remain to be answered, and most likely solution will be some form of inter-disciplinary cooperation.

For any expert evidence to be presented to a court there must be a body of scientific data available to support that evidence, based on a method that is generally accepted in the relevant scientific community. Although CT scanning has an established and distinguished position in clinical practice, its place in the forensic environment is more tenuous. Questions remain as to whether there is sufficient validation of the accuracy of radiology in detecting pathology and cause of death and whether the imaging meets the needs of the medicolegal system. In Malaysia, the Court of Law has started to accept the digital PMCT images as evidence for trial.

In the eyes of religious community, PMCT is a most welcomed tool in investigation of death as it excludes the invasive part of death examination. The conventional autopsy method is believed to disturbed the body and spiritual of the deceased. PMCT is a tool to complement the conventional autopsy and it is a wrong concept to assume the total replacement of PMCT over autopsy.

In the past decade, post-mortem radiology has grown from a simple autopsy-assisting X-ray to a veritable forensic field of its own. With the invention of spiral computer tomographs, three-dimensional reconstructions of radiological images became possible. These multislice computed tomographs (MSCT), which have become everyday clinical standard, have been implemented in forensic pathology by different groups with promising results.

The use of radiographs is a well established method used. If ante-mortem radiographs are available, they can be compared to post-mortem radiographs of the deceased. PMCT has excellent potential in this area as it can demonstrate the anatomical features of the skeleton, natural or unnatural bone pathology and medical implants/prostheses as well as soft tissue information. In natural deaths, multi-slice and electron beam CT have been shown to provide excellent images of coronary circulation with contrast infusion of explanted hearts. Even in unnatural deaths, PMCT might beautifully demonstrate the presence of traumatic injuries, for example pedestrian road traffic collision, as well as locating projectiles in within body for cases of bullet injuries.

However, there are important results that PMCT could not provide. PMCT cannot prove histological information on tumor types or subtle pathological processes such as myocarditis, detect the presence of drugs or isolate specific micros

In conclusion, imaging autopsy represents a non-invasive alternative to the traditional autopsy. It promises to be excellent educational tool that can provide much needed post-mortem information. Although there is a growing literature promoting its use in post-mortem examinations the evidence base as to its final potential role remains deficient to date. It undoubtedly does have a role within autopsy practice as illustrated within this overview, particularly within modern forensic practice. However, there are still doubts regarding the ability of PMCT to detect some natural causes of death, thus invasive conventional autopsy is still currently the gold standard in death investigation. 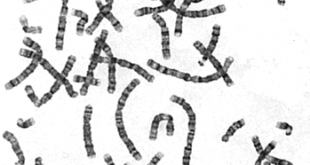 “Does My Eye Glasses Wrongly Prescribed” 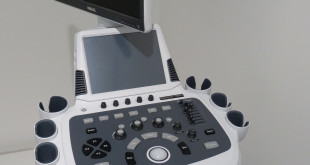