Mode of transmission: The virus is spread predominantly by the faecal-oral route from person to person, although rare outbreaks caused by contaminated food or water have occurred. Poliovirus infection occurs in the GI tract with spread to the regional lymph nodes and in a minority of cases to the central nervous system.

About 90% of cases show no symptoms, producing a lifelong immunity. Others however display a flu-like illness and then recover. While about 1 in every 1000 cases of the illness develops a paralytic illness affecting the nervous system. Flaccid paralysis occurs in less than 1% of poliovirus infection.

A minor illness recognized in 10% of infections with symptoms including fever, malaise, headache, nausea and vomiting.

If the disease progresses to major illness, severe muscle pain and stiffness of the neck and back with flaccid paralysis may occur. The paralysis is usually asymmetric, with fever present at the onset. The legs are affected more often than the arms.

Paralysis of the respiration and/or swallowing muscles can be life threatening. Permanent limb paralysis may occur.

Specific treatment: None, attention during acute illness to complications of paralysis. Expert knowledge and equipment is required especially for patients in need of respiratory assistance.

Physical therapy is used to attain maximum function after paralytic poliomyelitis and can prevent many deformities that are late manifestations of the illness.

Number of doses: Four of OPV, three of IPV

Recommended for: All travelers to developing countries where poliomyelitis is still transmitted

Special precautions: Immunocompromised travelers should receive IPV rather than OPV 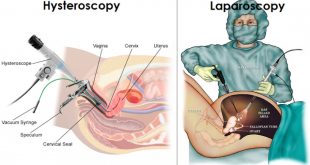