Paracetamol was the most common drug used by the public for fever, headache and pain killer. It is also known as acetaminophen. This drug was easily access over the counter in Malaysia. Therefore, it was the most common toxic exposure to the public. However, this drug was very safe to use with the correct dose of consumption. The recommended dosing of paracetamol is 650 to 1000 milligrams in adults and 10 to 15 milligrams/kg in children, every 4 to 6 hours. The paracetamol was prepared in many different forms such as tablets, capsules, suppository and liquid (figure 1,2,3,4) with a different concentration (500mg/tablets or 650mg/tablet and 120mg/5ml or 250mg/5ml for syrup form). It will be a poison when the intake of this drug over the toxic dose. A toxic dose of paracetamol is shown in table 1.

Table 2 : A correlation between sign and symptoms of paracetamol ingestion with time of ingestion.

Paracetamol poisoning is caused by the ingestion above the toxic level. For example, a 50kg man taking a 20 tablets of paracetamol (500mg each tablets) at one time. There are a few factors predisposed to this action such as 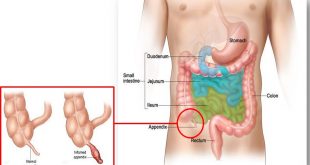