Natberry is an extract of bilberry standardized to 25% of its anthocyonide content. A single Natberry tablet contains 120mg of bilberry extract.

What is Natberry used for?

While Natberry is used to reduce dim vision and relief tired eyes, its bilberry constituent have a long history of medicinal uses. Beginning 12th century, German herbalist Hildegard von Bingen (1098-1179) purportedly recommended the fruit for induction of menses, which use was also reported by herbalist in the 1700s. Decoctions of dried bilberry has also been historically used to treat diarrhoea whereas its topical application is used to treat mild inflammation of the mouth and throat. Other traditional uses include suppression of breast milk production, treatment of urinary tract infection, management of diabetes and nutritional supplement for prevention of scurvy.

At present, bilberry has been advocated for various uses such as:

Other effects of bilberry which is of interest currently are:

Before you use this medicine…

If you are pregnant or planning to breastfeed…

Bilberry is safe to be consume as food. Avoid consumption of doses higher than those found in food as safety is unknown.

Before starting or stopping this supplement, you should seek advice from your healthcare provider.

Take1 tablet once or twice daily after meals.

While using this medicine…

Surgery: Bilberry may interfere with blood sugar control during and after surgery. Stop taking bilberry at least two weeks before a scheduled surgery

When using this product, you may experience gastrointestinal discomfort, nausea or heartburn. 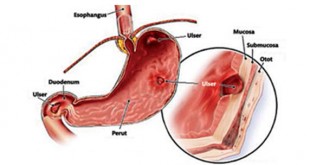 Can medications be crushed?