In Sub-Saharan Africa, in a zone stretching across the continent from Senegal to Ethiopia (the African ‘meningitis belt’), large outbreaks and epidemics take place during the dry season (November – June).

Transmission: Direct person-to-person contact, including aerosol transmission and respiratory droplets from the nose and pharynx of infected persons, patients or asymptomatic carriers. There is no animal reservoir or insect vector.

The symptoms may come on quickly. Many infected people (5-10%) become asymptomatic carriers of the bacteria and serve as a reservoir and source of infection for others.

The disease is fatal in 5-10% of cases even with prompt antimicrobial treatment.

Among individuals who survive, up to 20% have permanent neurological sequelae.

Specific treatment: Penicillin given parenterally in adequate doses is the drug of choice for meningococcal meningitis. Others like ampicillin and chloramphenicol are also effective.

Patients with meningococcal or Hib disease should be given rifampicin prior to discharge from the hospital to assure elimination of the organism.

A single-dose tetravalent vaccine containing contains capsular polysaccharides for serogroups A, C, Y, and W135 is advisable. Duration of immunity is unknown, but repeat dose is recommended every two years. Protective efficacy is estimated at 90%.

Number of doses: One

Booster: Every 3 years, protection lasts at least 2 years after infancy

Special precautions for vaccine: Children under 2 years of age are not protected by the vaccine

Precautions: Avoid overcrowding in confined spaces. Following close contact with a person suffering from meningococcal disease, medical advice should be sought regarding chemoprophylaxis 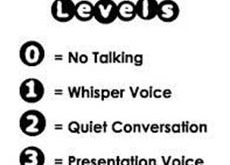