For many of us, mass media has a constant and pervasive presence in our lives, whether it be television, the internet, or radio. It’s almost omnipresent nature lends to its deep influence in society. One of its main features is its global nature, allowing us to communicate and exchange information while surpassing geological borders and time (Claudia, 2016; Lloyd, 2014). For good or bad, mass media communication is a form of social influence.

When it comes to mass media and psychology, the bulk of studies examine exposure to violent content and how the human mind and behaviour are affected. According to Claudia (2016), risk of violence can be predicted by displays of aggressive thinking or aggressive emotions, and the evidence for this is significant. The main culprit of mass media’s negative effect is television. Huesman and Taylor (as cited in Claudia, 2016) conclude that television violence causes an increase in violent and aggressive behaviour in children, adolescents, and adults of both genders. This is true for those who are normally aggressive and normally nonaggressive. It is good to bear in mind that such findings are not a blanket explanation for aggressive behaviour among media-exposed individuals. Multiple factors and characteristics are at play, not least those of the television viewer.

The positive effect of media

While most people are aware of, if not convinced by the perpetuation of the idea of mass media as some sort of aggression-inducing tool, its positive effects are inevitably less discussed or mentioned. However, one benevolent facet of mass media that has garnered attention among researchers is the promotion of healthy behaviours. One example that we are all familiar with is campaigns warning us of the negative effects of smoking. Other campaigns range from aiming to promote increased physical activity in young children to reminding viewers to abstain from driving while under the influence of alcohol (Elder et al., 2004). Perhaps a more universal, yet subtle positive effect of mass media is how it may serve as a form of catharsis, whether it be using cartoon therapy as a metaphorical approach to child abuse, or cinema therapy as an adjunct to traditional therapy. Cinema therapy for example, can facilitate the increase of perceived self-esteem among adolescents with emotional disturbance (Powell, Newgent, & Lee, 2006).

Technological advancements and changing needs in society have brought new definitions and usage of mass media, along with psychological implications. The field of Media Psychology bridges the gap between human behaviour and media technologies (Edwards, 2017), in essence providing us with a better understanding of the implications of media usage. For example, researchers such as Herring and Kapidzic (2015) focused on social media usage among American teenagers and found that they share more self-created content and post opinions compared to other demographic groups. Gender differences exist such as where girls choose to limit the visibility of their profiles by restricting access to those they are not connected to, whereas boys are more likely to allow their profiles to be open to public viewing. In addition, teenagers in general report feelings of inadequacy and depression when comparing their appearance to that of others. With up to 80% of teenagers in the United States owning social media profiles, numerous concerns are raised, including privacy, cyberbullying, and exposure to inappropriate content (O’Keeffe & Clark-Pearson, 2011).

In Malaysia, there are over 15 million Facebook users (Nor Zairah, Siti Nurkhadijah, & Wardah, 2015). Social networking sites (SNS) have penetrated our lives and taken root in all levels of society. Its basic function is to promote social interactions in virtual environments (Dogan, 2016). Who doesn’t own a social media account when it is not only easy to access and use but also cheap. As to the more psychological needs met by SNS, researchers have identified, among others, the following : keeping in touch with friends and peer feedback (Yermolayeva & Colvert, 2009), the need to belong and self-presentation (Rohilla & Kumar, 2015) as well as the need for self-worth (Toma & Hancock, 2013). Such an arguably integral part of our lives does not come without its positive and negative consequences. As highlighted by Gonzales and Hancock (2011), SNS provides a person with freedom in terms of communicating and socializing, and helps in maintaining existing relationships, thus decreasing feelings of loneliness. Moreover, according to a study conducted by Dogan in 2016, SNS usage positively predicts happiness among Turkish high-school students. The other side of the coin is the disruption of social relationships while isolating people; these individuals devote themselves to virtual relationships, which negatively impacts their psychological well-being (Lee et al., 2014).

An individual’s motivation for using SNS varies from one platform to another. Instagram is the platform for self-promotion or status updates from a more visual perspective. Facebook users utilize the site for more specific reasons including promotion of events and social activism (Edwards, 2017). There is lack of research that correlates the relationship between social media usage and personality disorders or behaviour. However, studies examining social media usage and depressive symptoms are more common. Davila et al. (2012) explored the negative impact of social media on mental health by examining the social networking behaviours of 334 undergraduate students and found that greater depressive symptoms were associated with more negative and less positive interactions on SNS. An interesting study by Rosen et al. (2013) examined Facebook usage, narcissism and levels of depression. They found that for people with high levels of narcissism, high levels of Facebook activity were associated with lower levels of depression. In addition, more time spent on Facebook and higher frequency of checking the site predicted higher scores of narcissism.

With more time in front of a screen, it is easy to see a reduction in frequency and quality of interpersonal communication not only among family members but also among the wider social environment. Some authors such as Pantic (2014) point out that while SNS allow an individual to interact and engage with a large number of people, that these interactions are shallow and are not to be taken as a replacement for good-old-fashioned face-to-face communication. The aforementioned researcher looked at depressive symptoms and Facebook in particular. According to him, time spent on SNS may be associated with depressive symptoms as this form of communication may lead to an altered and perhaps inaccurate impression of the personality traits and physical characteristics of the friends and strangers with whom one interacts with. Incorrect conclusions regarding an individual’s online friends may be drawn in terms of educational level, intelligence, moral integrity and many other characteristics. It is important to remember that perceiving others as happier, more attractive, or more successful does not inevitably lead to depression. What can be postulated is that for individuals who are predisposed to depression or have psychiatric comorbidities, mental health may be negatively impacted.

There are perhaps some of us who, from time to time, view a SNS profile and wonder how such a user could appear to be so narcissistic. While most social media users do not display true narcissistic traits, what can be seen on these sites, according to Edwards (2017), is displays of self-promotion.  Media users play an active role in choosing and using the media. Users take an active part in the communication process and are goal-oriented in their media use. They tend to seek out mediums that best meet their needs for attention, engagement, and ease of use. Through word choice, users deploy a number of different tactics to regulate their self-esteem on social media through communication patterns. As needed, users will adjust the word choice in order to direct attention toward the desired outcome – posts will be crafted to yield a desired emotional outcome or response. For the narcissist, his goal is to gain admiration from followers.

Individuals may also develop an addiction to the number of likes, comments, and shares which result from a given post. This indirectly pressures users to go to greater lengths to get noticed by friends or followers. Social media users crave feedback and responses. When people use social media primarily to reinforce relationships, addiction may also ensue. The satisfaction one may get from online feedback triggers other actions as well. The fear of missing out plays a major role in Facebook addiction. The addictive nature of SNS is supported primarily by the mental preoccupation of many chronic SNS users who as a result tend to neglect other aspects of their social functioning such as family and of?ine friends. SNS and Internet-related mental problems are frequently seen together with other diagnosable mental illnesses, or, in other words, these problems are complicated by comorbidity. Therefore, it remains unclear whether potential SNS addiction is an independent illness, or merely a manifestation of other mental issues such as, for example, personality disorders (Edwards, 2017, Pantic, 2014).

Individuals may use the internet as a medium to regulate their social fears and related distress, particularly loneliness, depression, anxiety, and low self-esteem. The internet may well fulfil the social needs for some who have particular difficulty establishing social relationships, thus aiding social connectedness and providing a sense of belongingness. The internet creates a space in which social rejection can be alleviated – to a degree. Many Facebook users develop attachment anxiety, which ultimately leaves individuals sensitive about social feedback, leading them to engage in attention-seeking behaviour on social media. Social media accounts tend to reflect individuals’ characteristic cognitions, emotions and behaviour in close relationships. According to Muise, Christofides and Desmarais (as cited in Edwards, 2017) the demand for popularity, trust, and self-esteem are closely associated with a user’s social media interactions and behaviour. Getting social feedback ultimately leads to a greater sense of belonging.

Mass media, and social media in particular are an integral part of our every lives. They serve as a platform for communication, exchange of information, entertainment, and social activism. The prevalence of social network sites speaks of its demand and reach. Despite many studies arguing for the benefits of social media usage, they are still overshadowed by the concern and research warning us of negative effects, of which this article’s focus is psychological. Rohilla and Kumar (2016) remind us that it is excessive usage rather than occasional exposure that increases negative outcomes. If social media use, and SNS in particular is soundly linked to negative mental health outcomes, then the next step in the field of Media and Psychology is exploring and understanding the associated factors and eventually reduce the negative effects involved. However, for the time being, most of us will still be logging on to meet our own needs. 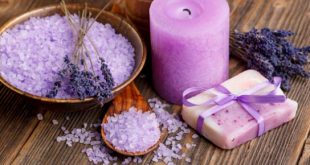