Malaysia is a country that is rapidly developing and achieving success after success, but so it is not immune from facing various criminal acts, committed by individuals who are not responsible.

It is the social responsibility of a government to ensure that its people can live without being in fear of becoming a victim of crime that happens every day in the country.

To ensure the safety of all citizen of Malaysia, a criminal justice system which is effective and efficient must be established to ensure that offenders are apprehended, prosecuted and punished accordingly.

The success and effectiveness of the justice system in solving the cases would be a form of hindering factor to potential offenders from committing offenses, especially for violent crimes.

The criminal justice system can be implemented and provided for all the people with the specific legal provisions in considerations of various aspects of crime. The provision of the law that is referred is the criminal law.

Criminal law in Malaysia is divided mainly to the Penal Code and the Criminal Procedure Code. Both of these legal provisions have been through various amendments to ensure its validity abreast with the change times.

Criminal Procedure Code or Act 593 is a provision of law that guide on the legal procedures to be followed to bring offenders to justice. This legislative procedure starts from reporting a crime to the police, the investigation and the trial in court, so that the perpetrators of crimes punishable based on their acts.

Although the number of cases brought before the court is increasing trend but not all of these cases will result in a conviction.

The defendant may be innocent or there may not be enough available evidence sufficient to prove guilt beyond a reasonable doubt.

Besides, despite the cases presented at court there are also criminal acts that occurs with leaves dead people but no arrests were made due to various factors especially lack of evidence or appropriate leads.

Malaysian at general will never able to forget the heinous crimes that have yet to be resolved. Among the cases is the murder of Nurin Jazlin 2007 or the disappearance of the Sharlinie Mohd Nashar to name few. These cases are still unresolved while more similar extreme cases are reported in a daily basis.

It’s a deniable fact that Malaysia’s legal system is a comprehensive system, but despite that the authorities have not been able to resolve all criminal cases that is reported. How can this situation be improved and indirectly reduce the number of crimes, in particularly serious crimes.

Forensic science has opened a new chapter in the criminal justice system in which scientific knowledge can be used to analyse the evidence obtained from the scene, the victim or the offender to obtain conviction beyond reasonable doubts.

The biggest advantage of forensic science have is connecting science to the law. Forensic science has grown to higher and advanced level with the introduction of various new analysis techniques that will greatly assist law enforcement authorities, especially the police in solving crimes. Some of the techniques commonly used in the investigation of a case are as follows:

Then the analysed evidence will provide an accurate information and scientific based interpretation to be used in the investigation of the police and will be submitted to court to get a conviction on the alleged offender.

Information obtained by specialized techniques can give clear background information of the scene of a crime. Obtained evidence can also link the suspect to the victim, the crime scene and / or weapons. For example semen stains found at the scene of crime and the private parts of the victim or on victim’s clothing can relate to the victim and perpetrators to the rape scene.

Even the scientific evidence can also be used to determine whether the witnesses or accused person are giving evidence which were correct.

Report on analysis that is generated based on scientific evidence will be used by the court to determine whether the accused is guilty or not. It will also help in determining how a crime is committed on the scene (crime scene reconstruction).With this report then the court can convict a person with proof beyond reasonable doubts.

The most important thing that should be given care at every stage of the investigation discussed above is the chain of custody which is to ensure the integrity of samples obtained from the acceptance of evidence until submitted to the court the evidence is in perfect and safe condition.

Malaysians may never forget the brutal murder of Canny Ong that received media attention across the board. The case is one of thousands of criminal cases were resolved by the investigator and the prosecutor, based on scientific evidence.

Forensic Section of Chemistry Department has successfully linking the accused to the victim using biological evidence (DNA). In this case sperm @semen stain of the offender was obtained from clothing worn by the victim. In addition victims’ blood stain was also found on jeans belonging to the offender. The presence of both of this evidence has linked the offender to the victim without any reasonable doubt.

The murder’s Goh Yoke Seng was gruesome as to Malaysians community. The victim had been dismembered into 11 separate parts and then stored in the refrigerator in a condominium at Mont Kiara. The police have secured the services of DNA Section of Chemistry Department to prove that the 11 parts found were derived from the same source. Analysis of DNA samples from the victim and family members have proved that all the parts found belonged to the victim, Goh Yoke Seng.

Forensic science is increasingly become an important aspect in the implementation of the legal system, particularly with the new development in science and technology. Various new techniques introduced are more efficient and can be applied easily by the authorities in solving criminal cases happening in Malaysia. The most important thing are the commitment from the parties concerned to develop this area into a higher level to ensure that criminals are brought to face the law and due process with regards to appropriate punishment for offenses committed beyond reasonable doubt. 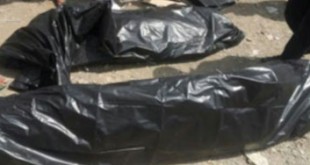 Liquor For Living, Is It Worth?