Lymphatic Filariasis commonly known as elephantiasis is still a major public health problem. It was estimated that 120 million peoples in 80 countries has been infected with this parasite. One third of them stay in India, another third in Africa continents and the rest are from South East Asia, Asia Pacific and America.

In Malaysia, filariasis infestation is endemic in 8 states; Kedah, Perak, Johor, Pahang, Terengganu, Kelantan, Sabah and Sarawak. All these states are given special attention under the National Lymphatic Filariasis Elimination Program under Ministry of Health Malaysia with collaboration from World Health Organization. The strategies of this program are to stop the transmission of filariasis infestation and to control the morbidity lymphatic filariasis patient. Through this program a mass drug administration is carried out involving population in endemic area once a year for five cycles. This program also involves health education to the community to increase their knowledge regarding the disease. The program also emphasis on healthy life style and personal hygiene especially among the affected patients.

Lymphatic Filariasis is caused by a thread-like worm called filaria. In Malaysia there are two common species of filiaria; Wuchereria bancrofti and Brugia malayi. The adult’s parasite stays in lymphatic vessels and lymph nodes. The lymphatic system is part of defence mechanism of the body, it also helps to preserve the fluid balance between blood and body tissue. The life span of adult filaria is between 4-6 years and it can produce millions of microfilariae which circulate in the blood.

The disease is spread from person to person by mosquitoes which bite an infected person and carry the microfilariae from the infected blood. The microfilariae will be absorbed into the mosquito’s body and migrate towards the thoracic muscles. After about two weeks the parasite will migrate towards the mosquito’s head and proboscis and are ready to be transmitted to another human next time the mosquito takes a blood meal producing a complete cycle.

The standard method for diagnosing active infection is the identification of microfilariae in a blood smear by microscopic examination. The microfilariae that cause lymphatic filariasis circulate in the blood at night (called nocturnal periodicity). Blood collection should be done at night to coincide with the appearance of the microfilariae. However using the recent card test technology which is more simple and specific, the parasite can be detected at any time via blood sample taken from the finger prick.

Filarial infection can cause a variety of clinical manifestations either acute or chronic.

Acute manifestations include localized swelling, fever, inflammation and intense pain at the infected site. General symptoms include fever, chills, dizziness and fatigue. These symptoms can occur in the body extremities or in the scrotum and it sometimes related to severe fungal and bacterial infection. The inflammation occurs during an acute stage will damage the small lymphatic vessels in the skin and reduce the ability of the skin to reabsorb fluid. The inflammation will also damage the skin itself. When the body try to repair the damage the skin will become hard and thick (fibrosis). The recurrence of this inflammation causes hardening and thickening of the skin, which is called elephantiasis. Prolonged inflammation and swelling will result in bacterial infection.

Chronic manifestation of the disease presented with lymphoedema of the limbs and urogenital problem. Lymphoedema is a result from non-functional lymphatic vessel due to obstruction by the adult filarial worm. It usually occurs at the lower part of the body. However it can occur at other part of the body such as breast, scrotum, penis, hand and vulva. Urogenital problem includes haematuria (presence of blood in urine), hydrocele (swollen scrotum), chyocele (presence of lymphatic fluid in the scrotum), chyluria (presence of lymphatic fluid in urine) and lymphedema of the scrotum and penis.

Patient with lymphedema and damaged lymphatic vessel usually develop fissure and wound in the skin. This condition is prone to secondary bacterial infection. Bacterial infection will result in redness, painful, hot and swollen of the infected site. Without proper treatment this condition can be life threatening especially when the bacteria get its way into the bloodstream.

The elimination strategy through the National Programme to Eliminate Lymphatic Filariasis has two components: to stop the spread of infection (interrupting transmission); and to alleviate the suffering of affected populations (controlling morbidity). A strategy known as mass drug administration (MDA) based on once-yearly administration of single doses of two drugs given together:

These drugs are given simultaneously under Direct Observation Therapy (DOT). This two drugs regime is used because it is more effective in reducing filarial density in blood compared to single drug regime.

These drugs are safe and easily digested. However there are side effect such as dizziness, muscle ache, tiredness, fever, nausea and vomiting. However it is positively related to the level of microfilarae density in the blood. These reactions usually occur during early treatment and usually subside within 3 days. Local side effects include small lump at the scrotum or reddish inflammation at the infected site.

For patient with chronic lymphatic disease, personal hygiene is very important to prevent secondary bacterial infection and inflammation of the lymphatic system. Small swelling at any body parts could be treated; however larger swelling may need surgical intervention.

The best way to prevent lymphatic filariasis for those who live in filarial endemic area is to avoid mosquito bites. The affected community should keep their houses and neighbourhood free from mosquitoes breeding places. They also should reduce night activity especially in the rural area and jungle. They should wear long sleeves and trousers and avoid dark colour clothing.

For patient with chronic lymphatic disease, a personal hygiene is extremely important especially the area with lymphedema. This is to prevent secondary bacterial infection which can worsen the disease. 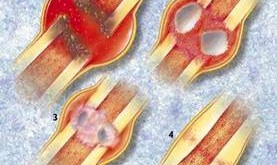