Cancer occurs when normal cells undergo a transformation and grow out of control. These cells will form a growth or tumour which is different from the original tissues. Tumour is dangerous because it uses up oxygen, nutrients and invade nearby tissues. This results in damage or loss of normal function of the tissue.

Some cancers in the lungs arise from other parts of the body. The lung is a common site for metastases. This is not lung cancer. For example, if a prostate cancer spreads via the blood to the lungs, these are metastatic cancers from the prostate and not lung cancer. It destroys normal tissue function. Most metastatic tumours are malignant. This means they spread and destroy tissues surrounding them and can spread to the rest of the body.

Lung cancer is the leading cause of death in Malaysia. In the year 2007, overall, it is the third commonest cancer after breast and colorectal cancer. In males, it is the first on the list and the fifth in females. In 2006, 2948 lung cancers were reported (1445 in men and 603 in women). Even though the survival rate after a diagnosis of lung cancer is made is 49%, only less than 2% of cancer patients are still alive in 5 years if the cancer has spread to other parts of the body.

Lung cancer is usually divided into 2 groups according to its type of cells:

Other types of cancer found in the lungs are carcinoid and lymphoma. (5%)

Most lung cancer is caused by smoking (90%), this includes both active and secondhand smoking.

Other causes of lung cancer are:

What Are The Symptoms Of Lung Cancer?

You may be asymptomatic or have symptoms such as cough or difficulty in breathing which you may relate to the respiratory system. Symptoms of lung cancer include:

When Should You See A Doctor?

It is advised that you see a doctor if the following occurs:

Seek treatment from a doctor immediately if the following occurs:

After getting a complete history from the patient, a doctor will do a physical examination. Then, investigations are done to confirm the diagnosis.

Investigations done are as follows:

The principal treatment is:

This consists of medical therapy or nursing care to reduce symptoms and morbidity and not to cure the cancer. The main aim is to relieve symptoms. Palliative treatment includes:

This palliative treatment is done so that lung cancer patients can have a good quality of life and are able to do basic daily activities such as performing prayers, light activities etc so that the patient does not feel left out from their relatives and community.

At present, there is no cost effective method to detect early lung cancer and patients usually present at a late stage. Thus, the most effective method to prevent lung cancer is to reduce exposure to tobacco smoke whether active or passive/secondhand smoke. To those who are still smokers, it is advised to quit smoking. Exposure to other substances as mentioned above is also advised. 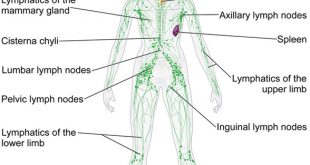