Liposuction is a popular procedure performed in the world today. The American Society of plastic Surgeon estimated about 205,000 procedures were performed in that country in 2011. Both men and women are now willing to spend their money on liposuction to achieve a desired body shape.

How Is Liposuction Performed

Liposuction has been introduced in the medical fraternity since 1978 but only gained popularity in 1980. The technique used during that time was far from ideal and the procedure was done under general anaesthesia. The size of the suction canulla used was rather large and traumatic to the skin. This resulted in unwanted effects such as bruises, bleeding and irregular skin contour.

Although this procedure is still performed traditionally, recent advancements in technique have made liposuction procedure nowadays less traumatic hence shortening recovery period. Liposuction is now considered as one of the minimally invasive procedures in cosmetic surgery. There are various techniques available in the market now such as “Laser lipolysis”, Vaser lipo”, “radiofrequency” and “water-jet liposuction”. Each technique differs and has its own advantages. In general the current technique is less traumatic as the size of the suction canulla is smaller. The suction procedure does not have to be vigoruous like the olden days. Scars produced are smaller with rapid recovery period. This procedure can also be done under local anaesthesia and this will reduce the risks involved with general anaesthesia. 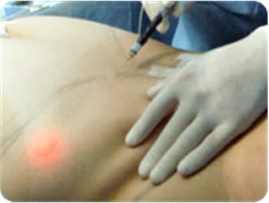 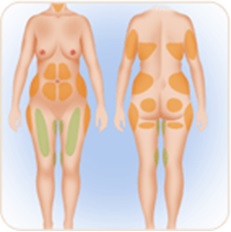 Picture 2: Areas of fat accumulation that can undergo liposuction.

Liposuction is like any other cosmetic procedure with possible risks and complications. This can be short term or permanent and may sometimes be fatal.

Who Is Suitable To Undergo Liposuction

Liposuction is not for everyone and this is not the procedure for losing weight. Each patient has to be assessed by the surgeon. A person with a body mass index of less than 30 with normal or near nomal body weight is ideal for liposuction. Although age is not a major factor in liposuction the reduced skin laxity in elderly patient may result in poor aesthetic appearance. Patient who suffers from diabetes or poor blood circulation is not suitable for liposuction.

Ovarian Reserve And The Effect Of Maternal Aging