Karyology is the study of whole sets chromosome by referring to its standard format known as karyogram or ideogram. Cells collected from individual are induced to divide and the arrested at metaphase stage (a stage in cell division) where the chromosomes are condensed and visible. Human somatic cells comprise of 23 pairs of chromosome (22 pairs autosome and one pair sex chromosome). This makes a total number of 46 chromosomes. The different between male and female is the inheritance of the sex chromosome pair; either XX or XY. Therefore normal female karyotype will have 46,XX (Figure 1(a)) whereas male is 46,XY (Figure 1(b)).

Chromosomes were first observed in 1842 by Carl Wilhelm von Nägeli which later being further described in salamander by Walther Flemming and Heinrich von Waldeyer. Development of this field took another step in early 20th century when chromosome was started to be pointed as the carrier of the genes that causes the phenotypic (physical) characteristics of the cells.

After many years of research, in 1912 Hans von Winiwarter reported 47 chromosomes in spermatogonia and 48 in oogonia thus concluding an XX/XO sex determination mechanism. Later in 1956, Joe Hin Tjio and Levan proposed that complete human karyotype only composed of 46 chromosomes in somatic cells. He also proposed several approaches in karyotype analysis such as;

Purpose of Karyotype Analysis in Human

Obtaining chromosome is the main goal in this karyotype analysis and the entire parts of human body contains this source of DNA. Samples can be collected from:

To begin karyotype analysis, source of DNA (i.e. peripheral blood) is collected from individuals, followed by initiation of cell culture in growth medium for several days. Chromosomes are obtained by several steps of harvesting which includes hypotonic solution treatment and fixations. Chromosomal suspension is dropped onto slides and banded with specific staining method resulting in appearance of banding pattern on each chromosome. Metaphase spreads is then visualized, captured and analyze using software analyzer (Figure 2). 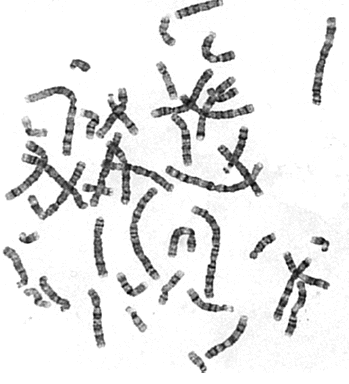 Giemsa banding and reverse banding are widely used techniques that produces banding pattern composing of dark and light transverse bands on the chromosome. In Giemsa banding (G-banding), dark region represent heterochromatic area with less replication than lighter region of euchromatic region (Figure 3(a)). In contrast with G-banding, dark band in reverse banding (R-banding) is euchromatic region while light region is heterochromatic region (Figure 3(b)). Banding pattern allows homologous identification and construction of chromosomal nomenclature for many species. Comparison between chromosome pair and standard karyogram is used to identify any segmental changes.

Chromosome analysis involves observation, evaluation and comparison of copy number, structure and banding pattern of each chromosome with the standard ideogram or karyogram. In human karyotyping, several characteristic is observed involving (Figure 4); 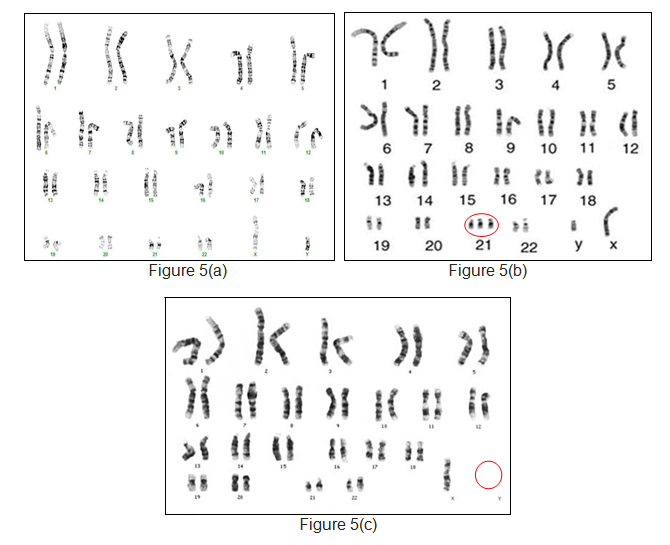 Figure 5(a) showed normal male karyotype of 46,XY; sporadic Down Syndrome in Figure 5(b) having extra copy of chromosome 21 and loss of another chromosome X in proband Figure 5(c) (Turner Syndrome)

Karyotyping relies on G-banding quality and chromosomal resolution. Small structural rearrangements i.e. nucleotide changes of less than 5 Megabases (<5 Mb) in chromosome can be missed by this analysis. Thus, most of geneticists and genetics laboratory will carry other further testing simultaneously to complete this chromosomal investigation. 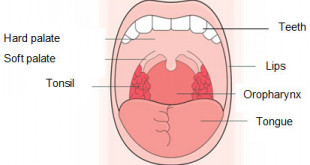 Let’s Do The Face And Mouth Exercise 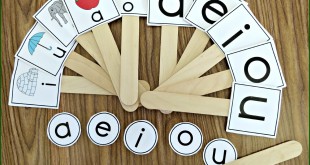