Impacted teeth defined as retained teeth in the jaw beyond their normal date of eruption. An impacted tooth which remains in the jaw for various reasons. The tooth becomes impacted because eruption is interrupted or obstructed by adjacent teeth, dense overlying bone or excessive soft tissue, malpositioning or lack of space in the arch. These impacted teeth may, therefore, be non-functional, abnormal, or pathological.

The most common impacted teeth are the third molars, followed by maxillary canines and mandibular premolars.

Third molars are the most frequently impacted because they are the last tooth to erupt and most likely to have inadequate space to erupt. In the mandible, the most common location of such third molars is in the ascending ramus. In the maxilla, the teeth can displace as far as to the floor of the orbit. Impacted third molar is one of the common findings which detected during a routine dental checkup. However, the patient usually seeks treatment whenever there are clinical symptoms.

Upper canines (in the maxilla) are the second most frequently impacted teeth after the third molars. The incidence of impaction for an upper canine is 20 times higher as compared with lower canine impaction (in the mandible). Almost 50% of the upper canine is palatally impaction, 30% with buccal impaction and followed by 20% in the intermediate position (impaction occur between palate and buccal bone).

Usually, in the anterior maxilla, the canine tooth prevented from erupting due to crowding from the other teeth. The maxillary canine will erupt after the eruption of maxillary lateral incisor and first premolar. Thus it becomes impacted should space is inadequate, therefore unavailable to allow eruption.

Impaction of the lower (mandibular) canine is not common. In some situations, the tooth bud of the lower canine happens to rotate in the basal bone of the mandible. For that reason, the canine root can develop in a horizontal direction and becomes impacted below the apices of the incisors.

The prevalence of impacted premolars seems to vary according to age. The lower (mandible) second premolars rank third after third permanent molars and maxillary canines. If the first molar and canine tooth to erupt earlier than premolar, therefore the premolar will become impacted as a result of limited space for tooth eruption.

Impaction of incisors usually encountered when the child’s age between 8-10 years. Impaction of upper (maxillary) central incisor occurs commonly due to the presence of supernumerary or mesiodens. Impaction of lower (mandibular) incisor is very rare and usually associated with cysts.

The diagrams below show types of impaction for commonly impacted teeth.

Indications For Removal Of Impacted Teeth

Contraindications For Removal Of Impacted Teeth

As a general rule, teeth should not be removed without an appropriate indication. 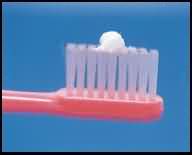 Use of Fluoridated Toothpaste for Children 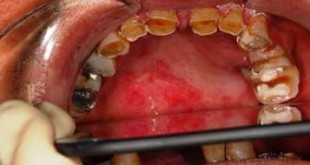 Keep The Dentist Informed About Your Medical Problems 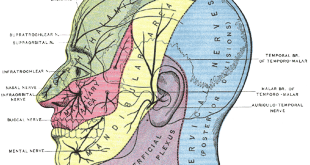