Illegal advertisements are advertisement without approval from Ministry of Health. Most of the advertisement can be found in print media, electronic media, websites, blogs, social media, traffic lights poles as well as public spot area. This kind of advertising method has been used as a strategy in promoting their product by the irresponsible party.

Most of the advertisement frequently used superlative words or phrases such as ‘Guaranteed’, ‘Effective’, ‘No side effect’, Miracle’, No. 1’ and many others. And surprisingly, many of the advertisements promise something that is dubious. Sometimes many of these illegal advertisements displayed immoral statement especially those relating with sexual performance. For example, improving sexual function either directly or implied for the purpose of getting public attraction. The more danger when some of them mentioning many testimonial which in inaccurate.

The public is advised not to be easily influenced by misleading advertisements and stop consume of these illegal products. They are also reminded to stay away from purchasing health products from unreliable sources such as the foot-pavement, stalls, markets and the internet. The public is also advised not to be easily influenced especially the advertisements on social networking sites like facebook. You are advised to get medical advice from a qualified medical practitioner rather than from advertising resources with dubious authenticity. The products might be registered, adulterated or un-notified cosmetics are dangerous and can cause harm to health.

Among the chain of illegal advertisements can be found on the internet are:

Notwithstanding the illegal advertisements chain method, the user is advised not to be fooled by all the medical claims that have been made.

For cosmetics advertising, the uses of medical claims are prohibited as cosmetic definitions should only cover the product for external use such as a refreshing, cleansing and perfuming.

Registered products are guaranteed safe for consumption and use. Such products have gone through strict registration phase before being placed on the market. The Medical claims mentioned in that particular advertisements are are admitted and approved by the MAB. Only indication approved by the Drug Control Authority (DCA), Ministry of Health allowed for inclusion in the advertisement.

How to recognize approved advertisement?

Consumers are asked not to be confused between MAL registration number with the serial number KKLIU approval.

The categories of product that are given with approval are as below:

Health and beauty product advertising is strictly prohibited to make medical claims for:

This regulation is intended to ensure the integrity of advertising. More over information that are displayed on the advertisement are supported with valid evidence that has been approved by the MAB.

Any person who took part in the publication of advertisements that include prohibited disease and without the approval of the MAB can be convicted of an offence under Section 5 of the Medicines (Advertisement and Sale) Act 1956. The first offence is fine of RM3000 or imprisonment for 1 year or both fine and subsequent offences RM5000 or imprisonment of 2 years or to both.

The public can check the registration status of products / cosmetics by surfing the website of the National Pharmaceutical Control Bureauwww.bpfk.gov.my. The portal provides detailed information such as product registration status, product description, address of the manufacturer, the external packaging and labels. In addition the public can check product was withdrawn from the market. 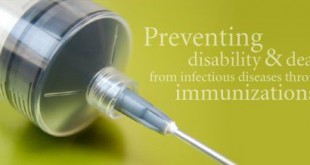