Hypertension is the commonest medical disorder in pregnancy. Various types of hypertension affecting pregnancy are :

Pre-existing hypertension affects 1 to 5% of pregnancies whereas Pregnancy Induced Hypertension occurs in 5 to 10% of all pregnancies. This figure could be higher in Asian countries due to the genetic predisposition. Gestational Hypertension can be as common as 25% in the first pregnancy.

Hypertension in pregnancy needs close monitoring and treatment. Mothers with hypertension have a high risk of getting Pre-Eclampsia and Eclampsia (seizure) which can cause brain and kidney damage, blood disorders and detrimental effects to the unborn fetus.

Why does hypertension in pregnancy occur?

Nobody has yet to discover the actual reason why some mothers develop hypertension whilst others don’t. Risk factors involve genetic predisposition. It has been postulated that there is a problem with the development of placenta during the first half of pregnancy. Inappropriate inflammatory response produced by the body against the placenta was also thought to be a possible mechanism. It was reported that more Asian women suffer from hypertensive disorders in pregnancy.

Who are at risk?

Below is a list of risk factors for hypertension in pregnancy.

Just a note, although the primigravida mothers have high risk of pre-eclampsia, it is the multiparous women develop more severe disorders with multiple complications. 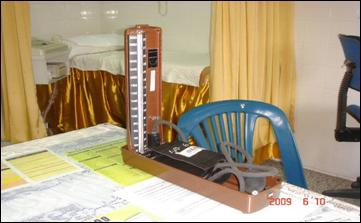 When does hypertension occur in pregnancy?

Hypertension can occur any time during the pregnancy and that is why BP measurement is taken each time antenatal mothers attend the health clinic.

Pre-existing hypertension is noted early in the pregnancy during the first trimester. Commonly hypertension is asymptomatic thus individual may not know the raised BP until she falls pregnant and the high BP is picked up during a routine antenatal visit. Young individuals with raised BP should not be taken for granted and labeled as just having hypertension. Investigations must be looked further for possibility of having diseases that can cause hypertension such as Cushing’s syndrome, Conn’s Syndrome and phaeochromocytoma. Women with pre-existing hypertension from whatever cause are at increased risk of progressing into secure form of pre-eclampsia, the fetus may not grow well and premature separation of placenta which is very dangerous. A woman with hypertension prior to pregnancy requires treatment because the risk of pre-eclampsia in pregnancy is approximately doubled.

Others may present with headache, visual disturbance, abdominal pain, nausea, vomiting or rapidly progressive oedema (skin tissue swelling). Unfortunately most mothers are asymptomatic thus making clinical evaluation difficult. Mothers should be educated to look for signs of pre-eclampsia and empowered to take further action. This condition if left untreated and poorly monitored could lead to eclampsia or seizure. This is detrimental to the mother and fetus. The kidney could be affected and blood disorders may occur leading to bleeding and this aggravated with the occurrence of placenta abruption (tearing of the attachment of placenta). The commonest causes of death in pre-eclampsia are cerebral haemorrhage (bleeding in the brain) and adult respiratory distress syndrome (a serious form of lung injury). The fetus may suffer from brain damage, growth problem and death.

Eclampsia is described as epileptic seizure occurring in association with features of pre-eclampsia as described above. Seizure due to epilepsy or other condition such as biochemical imbalance and hypoglycaemia must be excluded before eclampsia is diagnosed. In some circumstances Pre-eclampsia may not be clinically overt and diagnosis can only be made in retrospective. More than one third of women experienced their first convulsion before the development of hypertension and proteinuria. Pregnant teenagers are three times more to suffer convulsion compared to older women. Complication of eclampsia includes stroke caused by cerebral artery spasm and oedema (swelling) of the brain that usually resolves but there are some women who experienced permanent neurological damage.

Hypertension is defined as a systolic blood pressure (BP) > 140mmHg and/or BP > 90mmHg. Isolated raised BP must be taken seriously and proteinuria screened to look for the emergence of pre-eclampsia. Other than monitoring of BP and urine protein, weight and oedema are associated with pre-eclampsia. Monitoring of renal and liver function is also part of the management to ensure complication does not occur.

Women who had previous history of :

Should be given aspirin 150mg daily from 12 weeks till delivery. There is clinical evidance that this would have clinical benefit for the pregnancy. Calcium and vitamin D supplement given at 20 weeks onward also beneficial.

The drugs of choice in pregnancy are still methyldopa and labetolol. Women with pre-existing hypertension may need to change their treatment during pregnancy. Angiotensin Receptor Blocker (ARB) and Angiotension Converting Enzyme Inhibitor (ACEI) are contraindicated in pregnancy. Screening for secondary causes if hypertension is present before 16 weeks of gestation is essential. After 16 weeks, screening for pre-eclampsia should be done in all women with hypertensive disorders in pregnancy regardless of age and other risk factors.

Treatment target varies from one centre to another. In order not to compromise uteropalcental circulation, diastolic BP should not be lower than 90mmHg. In pre-eclampsia, regardless of mild or severe, referral to an Obstetrician is mandatory and patient is managed in a shared care system with the primary care physician. In an uncomplicated case, delivery should be aimed 38-40 weeks. All eclampsia cases must be treated in hospital with specialist and good neonatal intensive care unit back up. Decision to deliver the fetus is based on the obstetrician’s judgment and is individualized in every case.

Post partum women with hypertensive disorders in pregnancy are advised to have their BP checked regularly at local clinics. BP tends to normalized in women with pregnancy-induced hypertension after 6 weeks of delivery but it may take a longer time to go back to normal. The dose of antihypertensive drug should be stopped gradually and not abruptly. There are cases where there is persistent hypertension. Therefore regular check up is needed and treatment as indicated. Methyldopa postpartum should be avoided because of high risk of depression.

Women with pre-existing hypertension may revert to their pre-pregnancy hypertension treatment. ACE inhibitors and angiotensin receptor blockers is safe during breastfeeding. Diuretics are usually avoided in breastfeeding mothers to prevent increasing thirst. Aggravation of hypertension after delivery can occur and should be taken seriously as this may indicate eclampsia (which as mentioned can happen post delivery). Chronic hypertension is diagnosed if the blood pressure emains elevated after 3 months.

Women predisposed to hypertensive disorders in pregnancy and pre-eclampsia are predisposed to cardiovascular disease in later life. Longterm follow-up is therefore advisable. Women with pre-existing hypertension are advised to have their blood pressure well controlled at least 3 months before the next conception. 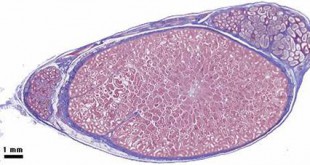