Hydrocephalus is the abnormal and excessive accumulation of cerebrospinal fluid (CSF) in the ventricles.

Ventricles are the spaces in the brain, filled with CSF. (Figure 1)

CSF is the clear and colourless fluid, containing sugar, salt and cells.

The important functions of CSF are: 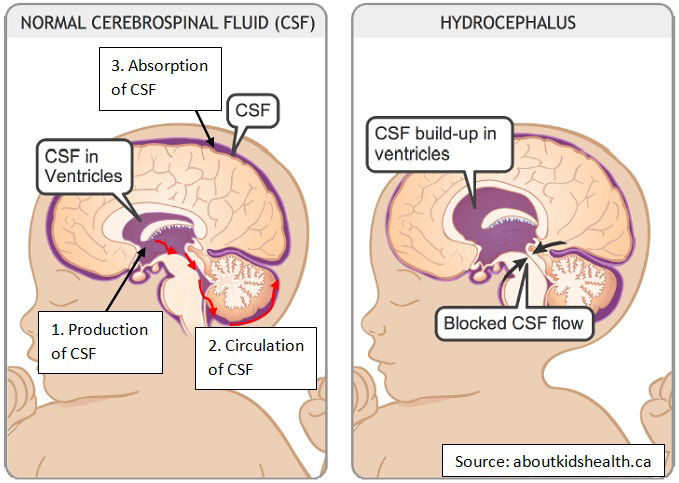 Under normal circumstance, CSF is constantly produced in the ventricles, then moving around the brain & spinal cord and finally gets absorbed in the space surrounding the brain. The circulation of CSF follows certain pathway. The new production of CSF will replace the absorbed CSF.

Hydrocephalus occurs if there is blockage of the flow of CSF or the production of CSF is more than the absorption.

This will lead to excessive building up of CSF in the brain spaces and put pressure to the brain.

The signs and symptoms of hydrocephalus in a baby and a child may be different.
In a baby, he / she may have some or all the following features:

In a child, he / she may have some or all the following features:

If a child is suspected to have hydrocephalus, he / she will need urgent medical attention. 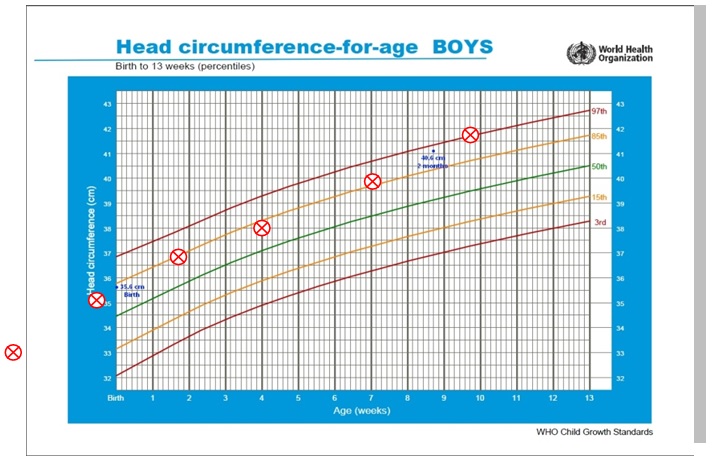 Doctor will order a brain scan to confirm the diagnosis of hydrocephalus. Various choices of brain scans may be ordered which include an ultrasound, CT-scan or MRI scan. The doctor will discuss with you on the advantages and disadvantages of these choices of scans.

These brain scans will not only help doctor confirm the diagnosis but also find out the cause of hydrocephalus.

If a child is confirmed to have hydrocephalus, he / she will be referred to a neurosurgeon (doctor specializing in brain operation). The neurosurgeon will decide if your child needs any operation.

Most of the children with hydrocephalus will require operation. The goal of the operation is to reduce the pressure inside the brain by providing an alternative pathway for the CSF to be drained.

The most common treatment is insertion of a shunt, draining the extra CSF from the brain spaces into the cavity of belly where it will be then get absorbed. This is called “ventriculo-peritoneal shunt” or “VP shunt”. (Figure 3) 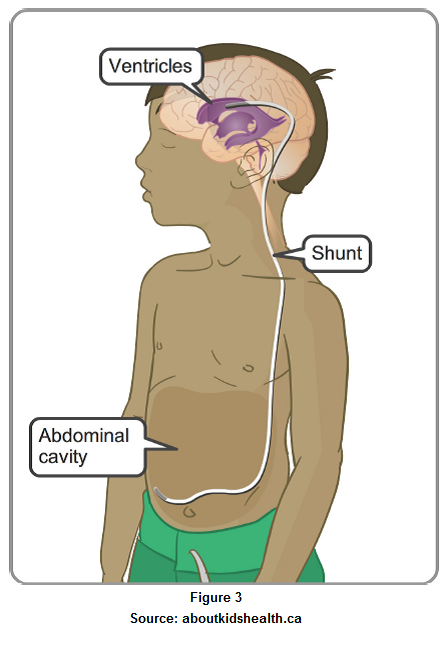 The VP shunt may get blocked or infected.

If the shunt is infected, in addition to the symptoms and signs of blocked shunt, your child may have fever, stiff neck, belly pain or redness / pain along the pathway of the shunt.

Your child will need urgent medical attention if blocked or infected shunt is suspected.