Haemophilia is an inherited bleeding disorder, where within the affected individual’s blood there is reduction or lack of one of the blood clotting factors. This makes it difficult for the blood to form a clot, so bleeding continues longer but not faster than usual.

Haemophilia is a rare disease in which 1 in 10,000 people are born with it.

How do people get Haemophilia?

Haemophilia is usually inherited, meaning that it is passed on to the affected child through a parent’s genes. Sometimes Haemophilia can occur when there is no family history. This is called sporadic Haemophilia. About 30% of people are inflicted with this. It is caused by mutation of the genes.

When the father has Haemophilia but the mother does not, none of the sons will have Haemophilia. However all of the daughters will carry the Haemophilia gene and they will become carriers.

The level of severity depends on the amount of clotting factor that is lacking in a person’s blood and correlate well with seriousness of the bleeding problems. The 3 levels are described below.

What are the signs of Haemophilia?

Where does bleeding occur most often?

People with Haemophilia can bleed inside or outside the body.

If bleeding occurs many times in the same joint, the joint can become damaged and painful.

Repeated bleeding can cause other health problems like arthritis. This can make it difficult to walk or do simple activities.

How to avoid bleeding episodes?

How is Haemophilia treated?

Treatment for Haemophilia today is very effective. The missing clotting factor is injected into the bloodstream using a needle.

Bleeding stops when adequate factor levels have been achieved.

When there is an injury or discomfort, a good rule to follow for first aid is the RICE:

When should treatment be given?

Treatment is given for:

Treatment is given before:

Conditions That May Not Require Treatment

Important points for Haemophilia Patients and people living with them: 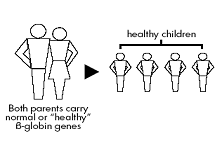