What are growing pains?

‘Growing Pains’ are aches and pains felt over the legs by children  usually from the ages of 3 to 12 years of age. Even though the pain can be very distressing, the condition is harmless and does not lead to long term complications.

Despite its name; growing pains are not caused by growth but the cause is actually unknown. Because of the pattern of its symptoms, ‘Growing Pains’ are also known as ‘Benign Nocturnal Limb Pain’.

25-40% of normal children will experience this pain during a phase in their childhood. It tends to peak in those around 4 to 7 years of age and around 10 to 12 years of age.

What are the symptoms of growing pains?

These pains are described as a dull aching or throbbing pain affecting both the lower limbs. They may affect the shins, calves, back of knees or ankles.

The pains are typically felt around the evenings or nights; and may even awaken the child from sleep but will resolve completely by the next morning . Characteristically, children with these symptoms are completely well in the mornings and may lead some parents to think that this is a behavioural problem.

The symptoms are usually intermittent but can occur on a daily basis for some children. The intensity of pain varies from child to child. These symptoms are reassuringly a passing phase and most children outgrow it within 1 to 2 years.

There is no known cause for growing pains. However, certain activities in the daytime such as excessive running and jumping seem to aggravate the pain. They are also more common in children with loose, flexible joints and have a predisposition to run in families.

Growing pains are not due to

How to manage these pains?

There is no specific treatment to cure growing pains but some measures such as the following can help the child cope with the pain:

Reassurance that this condition will is not caused by any serious illness will also help to calm the child.

What are the complications of this condition?

This condition does not cause damage to the bones or muscles and does not cause any long term complications. It also does not lead to any growth disturbance in the affected child.

If your child develops any other symptoms such as the following in association with leg pains, please consult your doctor.

Growing Pains or Benign Nocturnal Limb pains is a benign condition and should not cause undue worry. However, an affected child can be very upset with the pain and we should try to comfort the child as much as possible with simple measures as mentioned above.

Should your child develop any other symptoms which are not characteristic for growing pains, please consult a doctor. 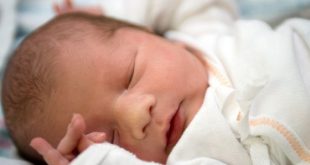