Nowadays, it is undeniable that the use of plastic bags is a norm in our society. Even a small purchase of sweets from sundry shop will come with a plastic bag. However, the continuous use of plastic bags will eventually lead to environmental pollution as it is made of chemical composition called polyethylene that may take thousands of years to break down. In the long term, the inability of plastic bag to decompose will cause negative impact to the environment including marine creatures, climate change and eventually our health.

Hence the question, are we willing to live in an environment polluted with rubbish and indecomposable plastic bags that will remain for decades? Or consume food that is contaminated with chemicals used to make plastic bags, which in turn might cause cancer? Of course the answer will surely be a big NO!

In order to overcome problems arising from the widespread use of plastic bags, the government and various non-governmental organizations (NGOs) has taken several measures to reduce its usage. Among the steps taken was to organize the 3Rs Campaign (Reduce, Reuse dan Recycle) and also No Plastic Bag Campaign that runs every Saturday in some stores and supermarkets since 2010.

These campaigns aim to reduce the use of plastic bags, which will eventually help to reduce the risk of environmental pollution. It also creates awareness among the public on the harmful effects of using plastic bags.

In line with the measures taken by the government and relevant parties, the Pharmaceutical Services Division, Ministry of Health Malaysia (MOH) has taken the initiative to organize a ‘Go Green’ campaign with the tagline of ‘Towards a Greener Earth Without Plastic Bags’ at the pharmacies.

The Go Green campaign officially started in January 2012 at all MOH pharmacies. Patients are no longer provided with plastic bag and instead encouraged to bring their own bags to carry their medications.For those who still require a bag, they are provided with alternative to plastic bags made from recyclable items such as medicine packaging boxes, bags made from recycled materials or cloth bags. This ‘Go Green’ has been actively promoted to create patients awareness and encourage their participations. Efforts to promote this campaign are done through flyers, posters, word-by-mouth or through official launching of this campaign at facility levels.

The ‘Go Green’ campaign also helps to reduce the expenses for plastic bags. In the year 2010 alone, approximately a total of RM 1 million was spent to purchase plastic bags for MOH facilities. In addition to that, recycle bags provided are more environmental friendly, durable and reusable.

Therefore, it is high time for the ‘Go Green’ campaign to be implemented, not only at pharmacy level, but comprehensively throughout Malaysia. Such campaign requires supports from all parties involved, especially the patients to ensure its success. This in turn will eventually create a positive impact on the conservation of the environment, in line with government mission in ensuring the wellbeing of the country and its people’s health. 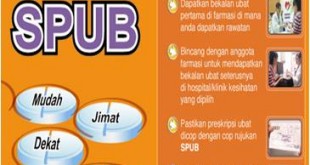 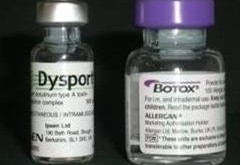