What is Ginkgo Biloba?

Ginkgo Biloba is one of the oldest tree species in the world. Ginkgo biloba leaf extract is usually used for treatment purpose. Traditionally, ginkgo is used as a supplement to help improve blood flow and memory.

How Ginkgo Acts in the Body?

Scientist had found 40 components in ginkgo but only two of them, flavanoids and terpenoids are believed to act as medicine. Flavanoids is an antioxidant found in plants and research on animal shows that flavanoids able to protect nerves, heart muscles, blood vessels and eye retina from damage. Terpenoids act by improving blood circulation by widening the blood vessels and reducing platelet stickiness.

What is the Use of Ginkgo In Treatment

A lot of scientific research has been done on ginkgo biloba to identify its function from medical aspect. Some of the example of ginkgo use is as below :

How To Take Ginkgo?

It is usually safe when you consume the correct dose of ginkgo extract. However, you might experience some minimal side effects as listed below :

*Note: Get advice from doctors/pharmacists if the side effects listed above prolongs.

Does Ginkgo Interact With Other Medicines or Herbs?

Examples of medicines/herbs which interacts with ginkgo biloba are : 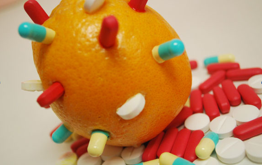 Tips for Caregiver of Elderly Patient