Dead bodies are contagious. A person might get sick or infected when approaching or accidentally touching a dead body.

A dead body that has not died of an infectious disease or that id not a carrier of any contagious disease presents minimal threat to the public. Thus far, there is no documented evidence that such dead bodies pose health risks to the public. In fact, there is overwhelming evidence against it.

Despite continual progress in science and technology, throwing light on many inexplicable myths about dead bodies, the human mind is still confined to the concept of dead body being ‘dirty’. A dead body is seen to be full of dirt and germs, and able to spread diseases. Hence, one must never touch or even come close to a dead body.

Once a person dies, decomposition takes place and the body undergoes some changes. However, these changes are gradual. A body does not putrefy immediately upon death. In the first 12 to 24 hours, the body is considered fresh, and decomposition changes are not visible with the naked eye. The putrefaction process takes place at a slower rate when the body is embalmed or stores at a temperature below 7oC. When it becomes obvious, the body may seem ‘dirty’ to the untrained eye, when in actual fact, it is merely the changes of decomposition following death.

Organs of the deceased will be stolen when they are sent to the morgue.

There is speculation that organs of the deceased would be stolen for sale once body is sent to mortuary. However, there has not been any valid report of such cases in Malaysia. If it were true, the release of dead bodies from hospital would be much delayed, inciting anger and dissatisfaction among family members. Imagine the chaos if cuts and tears were found on the dead body without any legitimate reason!

To debunk this myth, several points must be considered. Firstly, one must understand the basis of procuring an organ from a dead body would most logically be to meet the demands of organ transplantation for those in need. In a legal organ procurement procedure, in order to ensure that these organs are fit to be transplanted, the organs must be obtained with the correct method by properly trained specialists and stored in a proper manner. Otherwise, the organs will deteriorate and become useless for organ transplantation. To meet these requirements in a clandestine manner in a mortuary setting, without making it known to the outside world, is almost impossible. The perpetrator of the crime would have easily been apprehended.

Secondly, the organs are very vulnerable once they are removed. In order to remain viable to be used in organ transplant surgery in a recipient individual, they must be preserved properly within their stipulated preservation times. In other words, there is a deadline for the transplantation of these organs following their removal. The approximate preservation times for various organs are as follows :

Organs such as the heart, liver, kidneys and pancreas can only have the best chance of successful transplantation if they have a constant supply of blood and oxygen. A ventilator supplies the necessary oxygen to those organs, enabling them to keep functioning and allows a window of time for the co-ordination of the donation process. Any mishap in any of these steps will render the organs no longer useful for transplant.

Once the organs are successfully preserved, the transplantation can only be done by the respective specialist, with assistance from the specially trained staff, usage of proper equipment and maintaining sufficient blood supply to the recipient patient.

After the transplantation, the patient has to be under close supervision by the respective clinician. He/she must take special post-transplant medications, i.e. immunosuppressant drugs for a specified period of time, for the transplanted organ to function well. According to the Poison Act 1952, an immunosuppressant drug is categorized as a group B poison, which means it can only be prescribed by a registered medical practitioner. Under the Ministry of Health Malaysia, it is grouped as an A* drug, that is, a drug that can only be prescribed by a consultant specialist for specific indications. No one else has the legal privilage to prescribe these drugs.

Hence, in Malaysia, it is not easy for a person to steal organs from a dead body and transplant them into another person without alerting others. From a medical point of view, the procedures of organ removal and preservation, organ transplant and post-organ transplant care require considerable time and effort. The National Transplant Resource Centre, established by the Ministry of Health Malaysia, is responsible in co-ordinating this effort in a right and legal manner.

Does any ‘unusual incident’ happen in mortuary?

There is no definite answer to this question, if one is referring to a supernatural phenomenon. Until now, there is no documented report or complaint made by either mortuary personnel or familt members who come to the mortuary regarding any ‘unusual incident’.

For many people, the mortuary is a frightening place because it accommodates dead bodies. Some may believe that the soul of the dead body is released as a ghost. Thus, the mortuary may be seen as a place where ghosts linger around creating so-called unusual incidents.

When there is a fear, the human mind can get easily distorted. For example, when a pen falls down from a table in mortuary, one may think that a ghost has caused this. But in actual fact, a pen can fall onto the floor due to many reasons. It is fair to say thay any ‘unusual incident’ is simply people’s imagination running wild rather than a paranormal activity.

Approaching or working in the mortuary can cause Human immunodeficiency virus (HIV) infection. 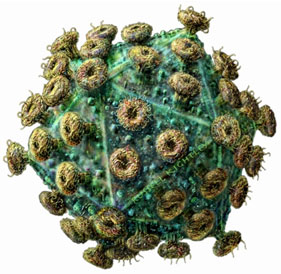 HIV is found in the body fluids of an infected person, like blood, semen, vaginal fluid and breast milk.

HIV can be transmitted in the following manner:

Although one cannot get infected through touch, tears, sweat or saliva, for practical purposes in the mortuary, all tissues and body fluids from an HIV-infected deceased must be regarded as a potential sources of infection.

The bodies of those with HIV infection are properly handled before being released to the next of kin. Good infection control practice and universal precautios must be adhered to by pathologists and mortuary staff when handling dead bodies, regardless of whether the deceased has a high or low probability of having HIV, to further lower the risk of contracting the infection. In essence, proper risk management is employed to protect the staff and family members from the risk.

In Malaysia law system, as stated in Section 329 and 330 of the Criminal Procedure Code (CPC), the power to order medicolegal post-mortem is given to the police and magistrate. In those deaths that require medicolegal investigation, the police and magistrate decide whether to issue a request for a post-mortem examination (using the Polis 61 Form (P61) or not. Once the P61 form is issued, the registered government medical officer is given the legal authorization to conduct a post-mortem on the deceased in order to investigate cause of death, and to give an opinion regarding the manner. A medicolegal post-mortem cannot be performed without P61 form, and it becomes mandatory once the form is issued.

Hence, a medicolegal post-mortem is a legal process in investigating the cause of death, provided that the prescribed procedure is complied with.

A bruise is a mark on the skin where blood is trapped under the surface. It is caused by the breaking open of the blood vessel and leakage of blood under the skin without breaking the skin. A bruise normally starts with reddish colour. It then turns bluish-purple and greenish-yellow before the skin returns to normal. Apart from skin discolouration, the area of the bruise appears swollen and the person will feel the pain.

Bruises are caused by blunt force trauma, such as due to fall on hard and blunt surface or a blow by a blunt objects.

Meanwhile, livor mortis, also known as post-mortem lividity, hypostatic lividity and hypostasis, is purplish discolouration of the skin following death due to pooling of blood in the lowest accessible areas of the body by force of gravity. Once a person dies, the heart stops pumping and so does the blood circulation. Blood is then pulled by gravity and stays in the lower part of the body. If the deceased is in supine position, the discolouration will be seen at the back of the body; if in prone position, it will be seen at the front of the body.

Owing to the similarity in colour, laypeople may misinterpret livor mortis as bruises. They may think that blunt force trauma has been inflicted on the body when it is simply a natural phenomenon occuring in all dead bodies.

Bruises sustained from trauma prior to death that are seen on dead bodies need to be distinguished from post-mortem lividity by medical staff trained in the forensic field. These bruises may give clues to the cause and manner of death.

Physiotherapy In Early Intervention Program For Children With Special Needs