Neural tube defects (NTDs) are major birth defect due to improper closure of embryonic neural tube that leads to major defect in brain and spine. The commonest neural tube defect is anencephaly (underdeveloped brain and incomplete skull) and spina bifida (incomplete closure of spinal cord). It is estimated that the incidence is closed to 6.5 cases per 10 000 live births which can be prevented by supplementation of folic acid during periconception period.

Women who are at risk include those with personal and family history of neural tube defects. However, in most of cases, these risk factors can be absent. Therefore it is advisable that all women contemplating pregnancy should received folic acid prior to conception and to be continued during pregnancy. The critical period for supplementation starts at least one month before conception.

It is an essential vitamin B that can be found in leafy vegetables, whole meal breads, citrus fruits, yeast and liver. Folate is important for cell growth and reproduction. Megaloblastic anaemia is a common condition resulting from folate deficiency

Why do we need folate?

Extensive clinical research had been done with regard to folate supplementations in pregnancy and had shown to reduce the incidence of neural tube defects mainly in those women whom had received anticonvulsive therapy.

What is the current policy on folate supplementation for reducing NTDs?

For those women who are at high risk i.e.

In these women, it is recommended that a higher dose of folate (5mg daily) is to be taken from one month prior to conception and to be continued for at least 12 weeks after conception

For low risk women, lower dosage of folate of 800mcg daily is recommended

Are there any adverse effects? 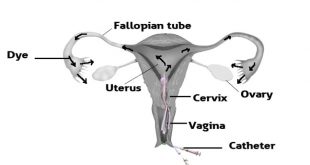 Effect of Obesity on Fertility