Fingerprint, a term referred for the friction skin on the fingers and the palm from the first joint of the hand to the nail bed. It covers areas of skin bearing ridges and furrows. This includes feet and toes (Gurdoglanyan, 2001).

Friction ridge skin has unique features that persists from before birth until decomposition after death. This feature enables fingerprint as an excellent method for identification (Wertheim, 2011).

The discovery of fingerprints has been made by a scientist back in the 19th century named Francis Galton. He conducted detailed studies and established a system by which these fingerprints were grouped based on ridge patterns. This grouping system has been used as reference in fingerprint analysis (Gurdoglanyan, 2001).

According to Galton’s system, fingerprints are divided into three major classes; 1) arches 2) loops and 3) whorls (Gurdoglanyan, 2001).

In forensic applications, fingerprints can be used for identification because they are 1) unique and 2) permanent.

A fingerprint analyst examines points where the ridges bifurcate, divide into two after being one, or diverge, split apart after running parallel. These points are unique in each individuals making fingerprints an outstanding method for individual identification (Gurdoglanyan, 2001).
Question; where and how the experts obtain these fingerprint impressions? Fingerprint impressions are classified into three basic types; 1) latent print 2) visible print and 3) plastic print (molded).

Latent prints are the most occurring and examined by fingerprint experts. These prints are invisible by naked eyes. Latent prints are formed by sweat, either from the hands themselves or by unconscious contact between the fingers and the face or other parts of the body (Brian Yamashita, 2011).
These ‘hidden’ latent prints can be made visible by dusting an object’s surface suspected to have latent prints. Gray or black powders are two most common dusting materials used to develop latent prints. 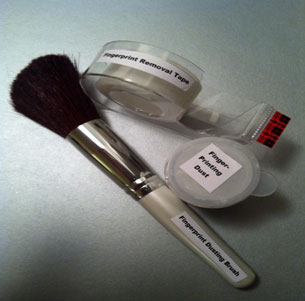 Another common method for developing latent prints is cyanoacrylate fuming, using a chemical compound called ninhydrin. Ninhydrin binds with amino acids present in the sweat. This results in the appearance of latent invisible prints within an hour (Brian Yamashita, 2011). 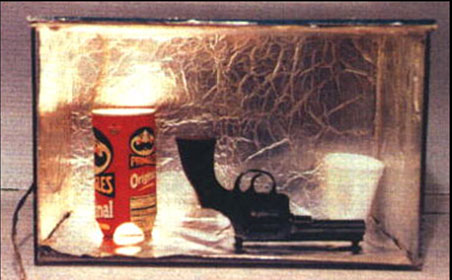 In summary, latent fingerprint development may be achieved through various optical, physical, and chemical processes. During the past century, these methods have been evolved and continuously changing. However, the core principal remains the same.

‘No two fingerprints are identical’. That is Galton’s proposal where he believed that fingerprints were not inherited and even identical twins had different ridge patterns.
In incriminating a suspect, fingerprinting is indeed a blessing to investigators. It gives them a undisputable means of nailing murderers, thieves and law abusers. Fingerprinting enables a crime to be solved without even one tangible piece of evidence, such as a weapon. It is an amazing tool.

Latent fingerprints are not visible to the naked eye. They can be found anywhere in the crime scene without the criminal even realizing it. It is a foolproof method for Galton proves to us that not one person can have another’s fingerprints; they are as unique as the word unique gets.

Fingerprints, palm prints and bare sole impressions has been recognized and accepted as a method for identifying a person. Thus, the forensic science of fingerprints, palm prints, and footprints is applied by law enforcement agencies in support of their investigations to positively identify the perpetrator of a crime. This forensic science is also used for exculpatory or elimination purposes (Andre A. Moenssens, 2011). 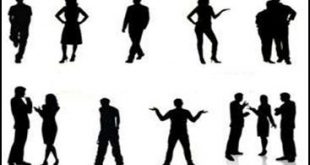 Tips in Communicating with the Deaf

Establishment Of The Board Of Medical Procedure At MOH Hospitals