Online dating became popular beginning in the early 2000s. As a result, finding dates, love, and relationships online became an alternative to the traditional way of dating. Although creators of dating websites initially intended for it to be for those – who are 18-years-old and above, many teens are resorting to online dating.

Teens create relationships via the Internet with people they do not personally know and this can lead into a romantic, but sometimes dangerous relationship between two young strangers. As teens become romantically involved online, they are potentially putting themselves and their families in danger. As with any online exchange, there is no guarantee that the person on the other end is being honest. Predators can approach unsuspecting teens, especially teen girls, with little effort. Recently there have been many Malaysian teenagers being raped by acquaintance they just meet on the Internet or Facebook (FB). The teens don’t seem to be aware of the dangers of going out with people they hardly know, some of them don’t even seem to know the full name of their dating partners and their whereabouts.

The greatest disadvantage to online dating is that it is easy for people on “the other end of the computer conversation” to lie. Unfortunately, the anonymous nature of these websites and chat rooms leads to potentially dangerous situations when it comes to dating, especially for teenagers. You never know who is at the other end of a conversation, and it is important to remember this when getting to know a person online.

The following are some ways to avoid potentially dangerous situations:

Communicate With Your Parents 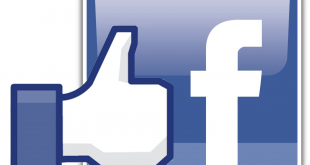 Help! My Child is a Teen