Children learn about language mostly from their environment. Healthy and positive environment are important towards their speech and language development. This can be created by doing lots of talking and interactions. Language development is rapidly grow during the first 3 years of life. This is due to development and maturity of their brain within this period.

Give good example to your children through correct pronunciation and politeness.

Stimulation starts from the womb. They hears as early as 3 months of gestation. During that period, auditory sensory starts to develop. Mother can interact with their unborn child via talking and putting some musical instruments.

Children can learn new thing very rapidly. From birth to one and a half year old, they started started to identify facial expression and intonation. Later, they produce their own speech sounds.

Parents should take an opportunity to stimulate their children’s language. In addition, bonding with child can also be established.

Nowadays, lots of working parent send their children to other’s care. Some of their favourites are nursery, babysitter and not forgetting their own parents.

There are a lot of nursery available within the community and also near the parent’s work place. Parents are tend to send their children here so that their children will :

More homely environment. Some of them also take care of other children. Here, children can interact among them, just like in the nursery but with smaller group of people.

Some parents send their children to their grandparents. They feel more safe and secure. If the grandparents are unhealthy, babysitter is the other option.

However, there are some grandparents who pamper their grandchildren and interfere with their speech development.

Making a dilemma for the parents to set a rule to the children. Some of the children will become disobedient in a sense of their grandparents will backing them up.

There are also some children who become lazy to talk and using sign to express their needs. This can be lead to speech problem.

But, some children become more talkative due to imitation of their grandparents interaction style. Language used is more matured and advanced compared to their peers.

Case of delayed speech also can be a big issue. There are grandparents declined speech and language treatment and thinking their grandchildren will catch up the skills later in life.

SAHP like mother plays a rule as housewife and also babysit their children. There are lots of interaction opportunity among them. In addition, family bonding can be easily created.

Compared to working parents, there are limited interaction between them. For them, weekends is their best opportunity to spend time with their children.

There is also case where SAHP, for example mother who focus more on house chores and do not interact with their children. There goes the same with working parents.

We must remember that the quality is more important than quantity. Interaction must go on regardless of limited time.

Language stimulation is not limited to formal situation like table top activity. Parents must be creative and also active in terms of giving stimulation and interaction to the children. It can be done during mealtime, bath time and reading books before bedtime.

Parents should not put the responsibility of language stimulation to babysitter or other persons. It is their job to provide the best for the children. 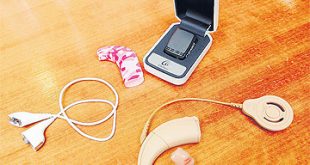 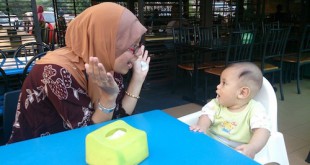