Sexual harassment is one of the problems that are being faced among public nowadays. It happens not only among ladies but also among gents. Such incidents can occur to all age group, status or to any ethnic group. The most distressful issue is underage children are also known to be victim of this ruthless act. There are several steps taken to curb this unhealthy behaviour yet the number of incidents are still increasing and alarming. 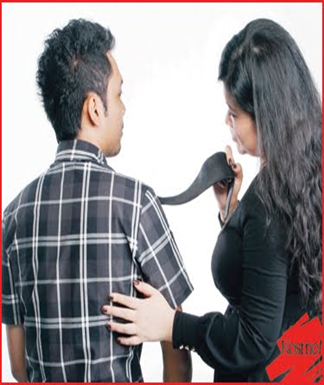 According Abd. Rahim Abd. Rahsid in his book ‘Sexual Harassment’, indicates that sexual harassment are unwelcomed sexual advances, requests for sexual favours and other verbal or physical conduct of a sexual nature. Mainly submission to such conduct is made either explicitly or implicitly. A term or condition of an individual’s employment or submission to or rejection of such conduct by an individual is used as basis for employment decision affecting such individual. Such conduct has the purpose of effect of unreasonably interfering with an individual’s work performance or creating an intimidating, hostile or offensive working environment. Meanwhile according to Wilson (1955), claimed that sexual harassment is men’s behaviour based on their power of representation.

There are few factors that lead to sexual harassment. Among of the factors are physical attractiveness and charming personality. Sexy and attractive body shape are a dream of every single human being especially women. With the precious gift of God, we often forget that it also invite problems such as sexual harassment.

Predators who are attracted in some women’s body shape will try to get close to them and do some immoral actions.

Apart from that, unsuitable clothing style also caused sexual harassment. Women or girls do dress up in a very sexy way simply to reveal parts of their bodies assuming that it’s beautiful and sexy in the eyes of others. Yes it’s sexy and beautiful yet they forget that it indirectly lead to sexual harassment as the opposite sexes are tempted to do so.

Power or status of an individual also seem to be one of the important factor that lead to sexual harassment. In most places or agencies, men hold supreme power compare to women. Hence, this situation provokes men to involve in sexual harassment. They tend to threaten their subordinates by not fulfilling their need if they don’t agree to satisfy their sexual needs.

Lastly, the culture of the local community is also one of the main cause leading to sexual harassment. There are men who are afraid that their power of status or ego will be challenged by other men. This is because men want to look great in the eyes of other men. Thus, it will cause them to bully those naïve and sexually weak girls. They will feel satisfied if they succeed and feel proud of their manhood and their masculine ego will be higher.

Victims of sexual harassment will be plagued with various effects. Effects on those victims are not only for the short-run but will last for the long- run or at times it will be there forever. Among of the effects that can be associated with sexual harassment are psychological impact and also emotional impact.

Loss of motivation can be part of psychological impact. Basically, people who are eager to work will become less motivated to do so. It can also lead to loss of interest in certain things or in themselves. Most likely it will also lead to think about suicide. They will also be traumatized and depressed thus they will choose to be all alone and hate to be around with others even with their loved ones.

There are also victims that will have inferior complex and guilty feeling as they are no longer perfect as before sexual harassment. They will also feel disgust as they will be judged by the society.

Emotionally, victims of sexual harassment will feel ashamed because society will look down on them.

They will also live in fear as they tend to remember things in the past and afraid to continue living like before the sexual harassment as it will keep haunting them. Indirectly it will have a negative impact on the particular individual’s career.

The individual will suffer from emotional stress and if left untreated it will most likely lead to other complications.

This issue should be addressed as soon as possible in order not to jeopardize the harmony and peace of the society and workplace. It requires role and support from various parties.

A woman who works alone must avoid working overtime, she must look for other alternatives such as bringing back home the unfinished task. If there is no any other choice she must ensure her presence are known by others or accompanied by friends.

Communication style and behaviour are also an utmost important element in the context of sexual harassment. There are possibility of delivering inaccurate message with verbal or non-verbal language and being misinterpreted by the recipient.

The victims of sexual harassment must act assertively. It is better to voice it out straight to the predators as they will be fully aware on what they are committing. Also share it with friends as well as they can be helpful to solve it. Victims should come forward and complain about it to higher authority or to the human resources manager. This can hinder such events from occurring repeatedly and the predators will get punishment by the authority. 2. Organization

Organization is like a second home for some workers either private or government sectors. Therefore, the employer must ensure the safety at work place and comfortable working atmosphere. For an example, the work stations are not isolated from the others.

In addition, organizations are also responsible in providing written rules on the issue and make sure it reaches all levels of employees. They should also assure that the rules and regulations are enforced and strictly followed by everyone.

As a conclusion, the co-operation of every level in the society is essential to curb this problem. 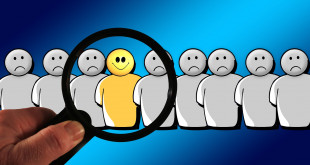 WHY X-RAY IS PERFORMED IN A DIFFERENT PART?