It occurs when a person is exposed to an electrical current. Electrical current flow through the body (the human body is a conductor of electricity) could potentially cause harm such as thermal burns, injuries to muscles or internal organs and disturbance of the heart function which can lead to shock (cardiogenic shock).

Lightning injuries, a subset of electrical injuries, are caused by lightning strikes.

There is no exact statistic regarding the incidence of electrical and lightning injuries and death in Malaysia. Many stories about electric shock or lightning revealed through news releases, especially about the accident that occurred at the workplace or accident involving electrical cable damage.

The accidents in the homes were the result of carrying out illegal wiring and use of unapproved and low quality electrical equipment. Most accidents at power utility installations involving the public were due to intrusions or lack of knowledge and awareness about the dangers of carrying out activities around the prohibited area. Accidents involving teenagers occur because of their curiosity and risky activities that expose themselves to the electric injuries incident. Meanwhile, babies and small children are exposed to an electrical source in the house as they think of electrical equipment as a toys or material for consumption (bite).

Severities of electrical injuries are depending on these factors:

Electrical injuries victim may not show obvious sign and symptoms of external injury. There is a patient who found unconscious after electrical shock because injury to the nervous system and heart (cardiac arrhythmia).

Generally, electrical injuries are classified as:

Complications electrical and lightning injuries are depends on the injuries sustained as described above and described below:

Low voltage electric shock with short period of time usually does not cause harm or just only cause minimal wound that can be treated at home. However, if home treatment is not successful, please get further advice and treatment from the medical personnel. Meanwhile, the victim should be bringing to hospital for high voltage electrical shock with serious injuries to the body such as burn because further management should be done to the victims.

For pregnant lady who had electric shock must be send to hospital for further assessment and treatment.

All high voltage electrical shock cases (above 500 volts) should have treatment in emergency department in hospital.

Please be concern regarding this condition:

Initial assessment will be focus on injury to the internal organ, musculoskeletal system, heart and nervous system.

These tests will be done by medical officer based on mechanism of injury and physical examination finding.

Emergency treatment at the time of injury

Treatment will be given based on severity of burns wound and also side injury.

Steps for prevention from electrical injury are depend on age:

Electrical injuries recovery is depending on the type and severity of injury involve. Patients who suffer superficial burns wound will have good recovery without any problem and no need for rehabilitation. However it also depend on percentage of body surface area involve and severity of intensity. However the main cause of death in a patient who are admitted to the ward because of burns wound are due to infection.

Injury to the brain either direct or indirect from electrical injuries such as concussion or significant fall can cause permanent brain damage which lead to seizures, weakness or personality changes.

Injury involve skeletal fracture will be treated as explain in the topic of fracture rehabilitation. 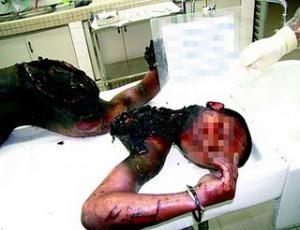 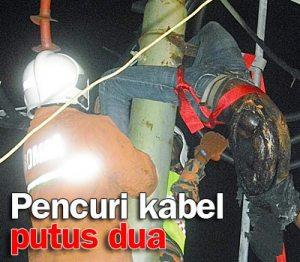 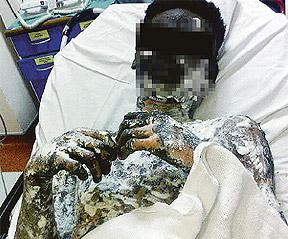 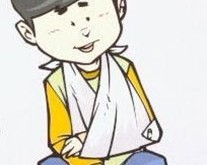