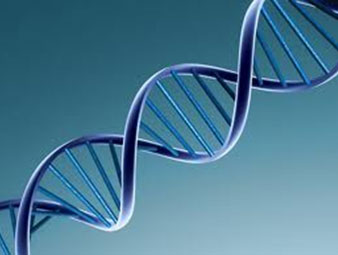 The double helix that represent the personal information in human genetics.
Source: www.forbes.com

Nearly two decades ago, the general public found the word or acronym of DNA is a strange term in their lives. There are only a few groups of people that have been exposed to this term and know about it. The term of DNA is becoming popular in Malaysia due to a trial of a high profile case in the court of justice in late 90s.

To date, various descriptions and exposures on DNA in printed media and even electronic increase the knowledge of the members of the community about DNA.

DNA or deoxyribonucleic acid is the key components of life. It contains sets of biological instruction that make up the personality of the individual. This information was passed on from generation to generation through the reproductive development. (National Institute of Health, 2013).

All life on this earth has a unique DNA pattern: to make a man’s man and a tiger is a tiger.

A human would have a complete set of chromosomal DNA derived from his mother and father. It is a set of 23 pairs, each of which is from the mother and the father makes the total number of 46 sets of chromosomes. (American Prosecutors Research Institute, 2003).

These sets of chromosomes are lined by millions of information about his life as a man. This information is known as genes. Examples of such genes are can be detected in a form of variation eye colour or nose. (American Prosecutors Research Institute, 2003).

Where is the DNA in the body?

Do you know where we can find DNA in our body?

DNA can be found in the nucleus. It is located in the nucleus of cells that form the tissues and organs of the body. Apart from the cell, DNA is also available in the mitochondria.

What are examples of cells with the DNA chain?

DNA can be found in every cell as below except red blood cell:

It can also be obtained from organs such as the heart and liver, and muscle tissue of the skin.

In an ordinary circumstance, the DNA will be extracted from the nucleus and analysed to obtain it sequence for comparison. However, in cases involving decomposed bodies or where the sample is too small, mitochondrial DNA is more appropriate compared with nucleus DNA. 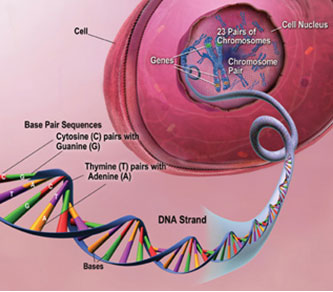 A relationship between cell and nucleus in human body.
Source: http://ocw.mit.edu/

Applications of DNA in Forensic Science

After the successful attempts in revealing the mystery behind the human DNA and its sequences, scientist learnt that DNA is a unique characteristic in the variation of life. The DNA technology is then applied into the forensic investigations.  In most cases, the use of DNA is to identify the unknown identity for a decomposed body such as in a case of mass disaster. Besides that, it is also use to ensure the identity of a questioned baby in maternity or paternity testing.

When presenting a DNA related case in court of law, there are a few steps need to be followed by the scientist. These steps are as follows (American Prosecutors Research Institute, 2003):

Then, the prosecutor could use this information’s for the trial. Such information helps the court in determining the offender.

Nowadays, it is quite often for the media to report about the events of abandoned babies. Babies whom born out of wedlock are often being discarded like trash. If the baby is lucky, it will be saved by the passers-by. But most of the time, the baby was left to die and at times attacked by animals.

To seek for these cruel parents, a DNA testing needs to be conducted. First a DNA sample has to be collected from the unfortunate baby for a profile. It will then be compared with the DNA profile of the accused mother and the suspected father. 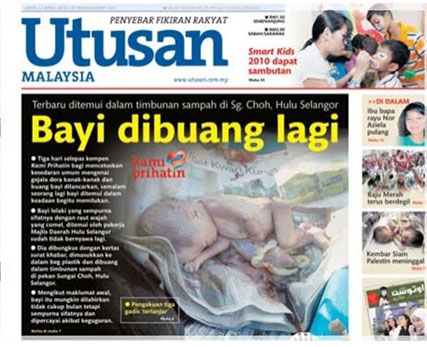 The principle is easy. The individual sets of chromosomes are inherited from the mother and the father. If the baby’s DNA profile match with the profile derived from the accused mother and the suspected father, then there is a high possibility that the baby was their child. Further investigations will be carried out by the police to get the confessions from the accused. Other type of evidence that could support the case is also required.

Investigation on Bones and Human Remains

Similar to the other cases, a set of DNA profile from the collected bones found at the scene need to be obtained as a reference. The problem that may arise is the absence of the profile to be compared with.

In this situation, if the bones were believed to belong to the specific victim, the victim’s DNA samples may be obtained from his personal belonging. DNA can be extracted from his tooth brush, or a strand of hair from his home.

Identification of Victim of Mass Disaster

In every situation, DNA profiles are needed from the victims of mass disaster. The principle is quite similar to the above case; which is to identify the victims. However, there is another issue that may arise in such situation.

Normally for cases involving a disaster, there are difficulties in bringing out the dead bodies of the catastrophic incident. It takes time due to various factors such as the safety of the team, suitability of the location, the equipment used other concerning factors etc.

Hence, the victim bodies and remains had already decomposed at the time they were brought out. How can the remains be identified? If the bodies are intact, the identification process is easier. But if the remains are mixed with other victims sometimes it is difficult to tell whether the collected remains come from a single person or more. This situation could cause problems.

One of the questions to be answered is that; whether this piece of bone or limb belongs to a man or a woman? Thus, through DNA identification techniques, it helps the investigators to identify the victims in any condition, provided the comparison data is available.

One sample showed the victim of a man while another is a woman based on chromosome X and Y.
Source: http://maxwellinstitute.byu.edu/files/Forensic-DNA-Testing.pdf

How a DNA profiling helps the investigation?

Apart from determining the probability of the similarity of the genetic profiles found at the scene and of the victim, DNA profiling is able to answer some other questions. Question such as ‘where is the DNA sample found’ and ‘what type of DNA sample found’ could help the investigators narrow down the scope of investigation (American Prosecutors Research Institute, 2003).

A woman claimed to be raped in a car belonging to a suspect. The victim’s DNA was found in the car seat altogether with the suspect’s DNA sample. The evidence gives a correlation between the woman and the suspect in the car, as stated by the victim.

A seminal stain was found in the victim’s vagina. The seminal stain is similar to the suspect’s DNA profile. Therefore, it gives the impression that there could be a sexual intercourse between them.

Application For Verification Of Medical Report 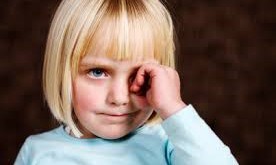 Blurring Of Vision In Children