Diatoms are a group of unicellular photosynthesizing algae that can be found in aquatic or semi aquatic environment, including oceans, freshwater, river, lakes, ponds, hot springs, snow and even tap water. According to Van Den Hoek et al. (1995), about 12,000 species of diatoms have been identified and belonging to over 250 genera that have been described from marine, freshwater and terrestrial habitats. Currently, it is believed that there may be as many as 100,000 species of diatoms in total.

Traditionally, diatoms are identified distinctly from other algae based on the features of their frustules (

cell wall). The frustule is transparent and made of silicon dioxide hydrated with a small amount of water (Si02 + H20). Silicon dioxide or more commonly known as silica, is the main component of glass and hence, diatoms are often called “algae in glass houses”. Frustule consists of two halves called valves, which fit neatly together like the two halves of a Petri dish (Figure 1). Each valve is also equipped with one or more girdle bands. The upper valve is known as epitheca and the lower valve as hypotheca. 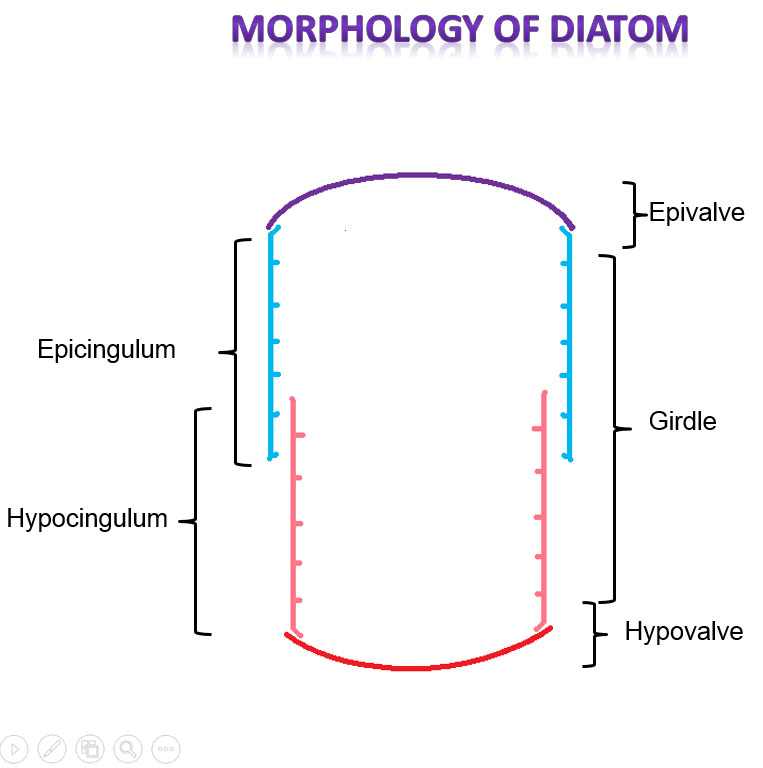 Diatoms are named scientifically as ‘Bacillariophyta’ (botanical name for diatoms). There are a number of ways to classify the diatoms and up till this present time, none of the classification is universally standardized. One of the most commonly used classification is described by Round et al. (1990), where they have divided diatoms into three classes based on their morphology, namely Coscinodiscophyceae (centric diatoms), Fragilariophyceae (araphid pennate diatoms) and Baccilariophyceae (raphid pennate diatoms) (Figure 2). 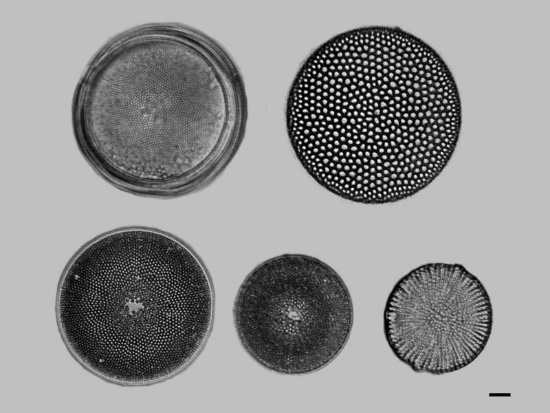 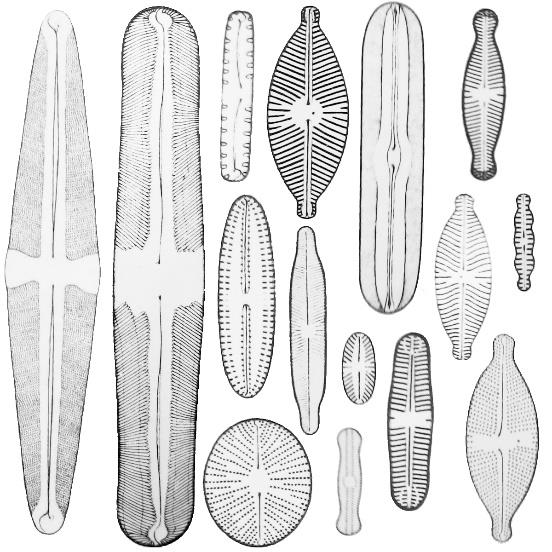 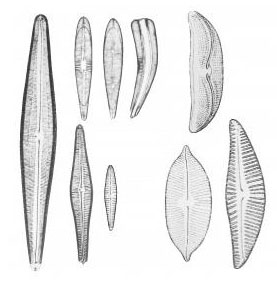 Different water habitat possesses different species of diatoms, for instance, freshwater diatoms are different from marine diatoms. Besides this, the quality of the water like pH, sunlight exposure, nutrients and salinities of the water will greatly affect the size, shape and colour of the diatoms. Hence, every water source has its own diatom profile that makes it unique and different from each other.

Not many people realize the existence of diatoms in our life although they play multiple important roles in our daily life and also contribute extensively in the study of environmental science (ecology and paleontology).

Some of the prominent usefulness of diatoms will be introduced briefly below:

As mentioned in the book like The Green Revolution: Botanical Contributions to Forensics and Drug Enforcement”, Limnology and Diatoms and Forensic Science, diatoms analysis is one of the major analysis in Forensic Limnology that is applied particularly for investigation of drowning cases.

What is Forensic Limnology? It is a sub-field of Forensic Botany. It makes use of living organisms in water in the investigation of forensic related cases. Currently, the most popular analysis in Forensic Limnology is using diatoms as supporting evidence for drowning cases.

There are two important questions that can be answered by using diatom analysis for drowning cases:

If a person drowns, he/she will struggle in the water and at the same time, the water (diatoms present in the water) will enter the respiratory tract. When the heart pumps the oxygenated blood, the diatoms will then enter the blood circulation and disseminate into the various organs within the body.

Conversely, when diatoms are absent in all the organs, the cause of death needs to be investigated further as it could be death from other causes besides drowning. When a person has died prior to ‘entering’ the water source, his/her respiratory and circulatory systems will have ceased functioning. Under such condition, diatoms are unable to enter o the circulatory system or the organs within the body. Moreover, there may be a situation where only diatoms are found in the lungs and in such situation, it cannot be confirmed that death was due to drowning because diatoms can enter passively into the lungs via the respiratory tract. Figure 1 and Figure 2 below will further elaborate these situations. 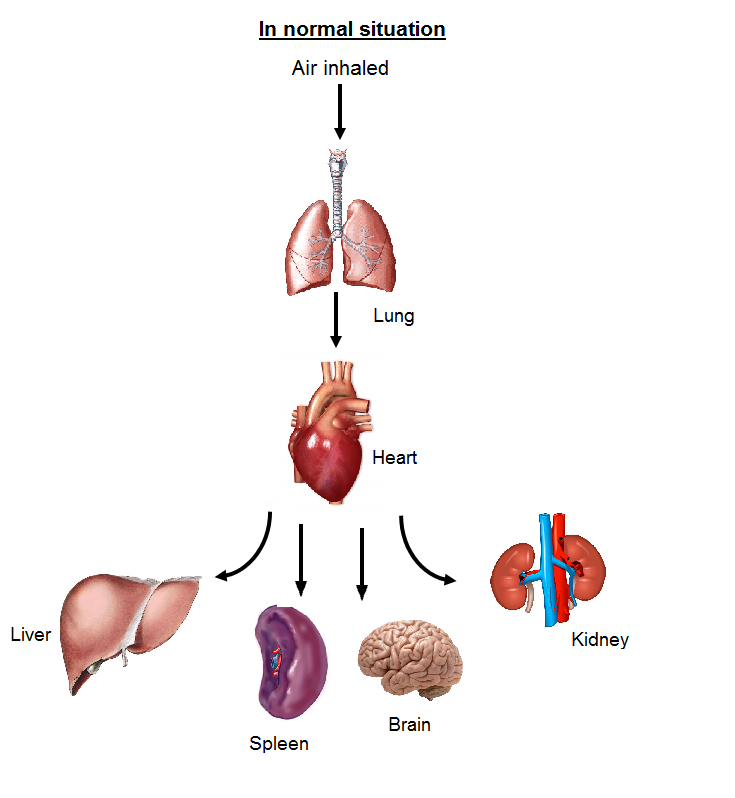 Figure 1: In normal situation, where the air is inhaled into the lungs, the heart can pump the blood throughout the circulatory system and into the various organs in the body. 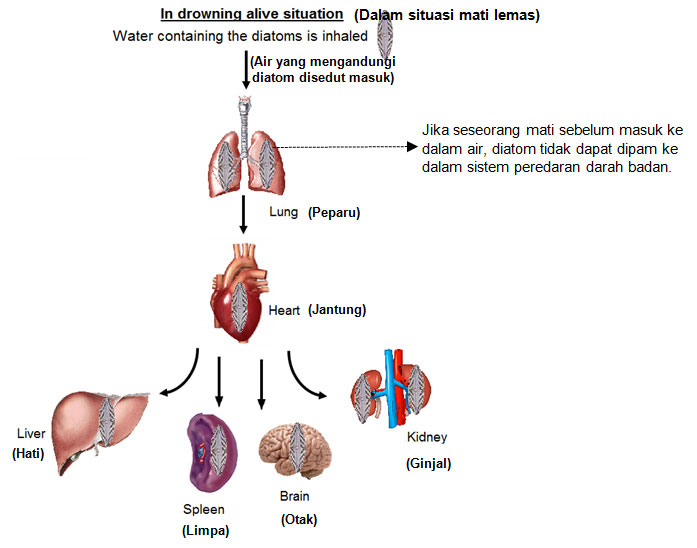 Figure 2: In drowning case, the person will inhale the water containing diatoms. The diatoms will enter the blood circulation and disseminate into the various organs within the body.

Question 2: Has this person drowned in the water source where the body was found?

As mentioned above, different water sources and water types possess different species of diatoms, not to mention that some diatoms are only specific to certain water source. Thus, when freshwater diatoms are detected in the body that was found in the sea further investigation need to be done to look for the original scene of body of water. 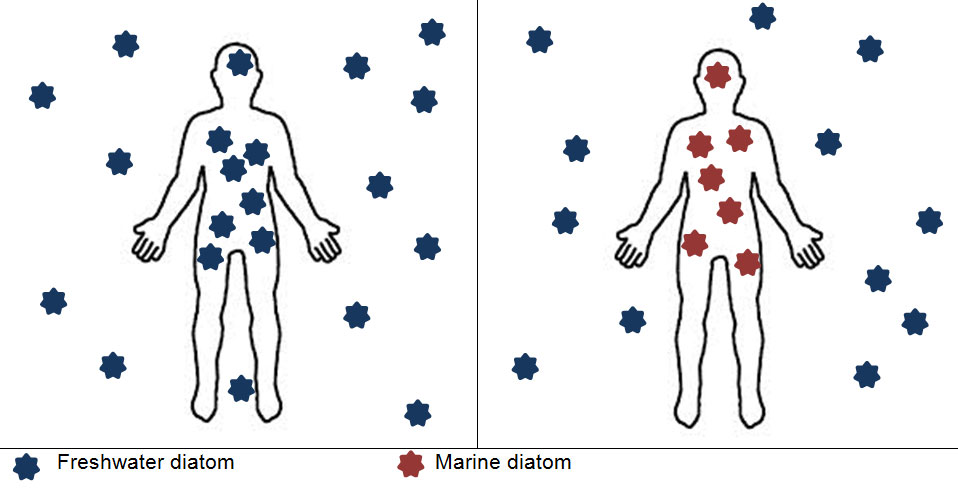 There are certain species of diatom(s) which are specific to certain water source. This can help us locate the original drowning scene despite the body being removed and disposed at another scene where the body was found.

In conclusion, there are lots of debates and arguments with regards to the usage of diatoms analysis in confirming drowning cases. However, it is undoubtedly that diatoms can be used as a guide as well as supportive evidence to concur with the circumstances of drowning. Post mortem examination will still be the gold standard in confirming the cause of death.

The Risk Of Wearing Contact Lens From The Uncertified Practitioner 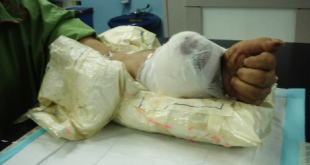