What is conflict? It is disagreement or clash of opinion between people. Conflict is a normal part of life for everyone no matter what age they are. It may occur in any situation i.e. home, school or in society. Conflict may be positive e.g. a debate or negative e.g. a fight. As long as the conflict does not involve any physical harm to anyone, teenagers need to know it is alright to express how you feel to other people.

Teenagers are prone to get into arguments, and may have conflicts among peers and also with their own family members. Teenagers may get angry over small things and lose their temper and end up in fights. However they will often quickly forget their angry feelings and and may behave as usual after a short period of time. Nevertheless, there is still a chance that a simple conflict could become a big fight at this age. This is because teenagers have less control of emotions like fear and anger, and may feel that they will lose face if they don’t fight.

Obviously it is better to resolve a conflict rather than allowing it to fester and worsen. Skills to resolve conflict are important in everyday life and can be learnt. Some of the most important skills are:

It is important for teenagers to understand what triggers their unpleasant feelings so they can learn to control them. It is important not to let their emotions rule their mind and make them behave in negative ways.

Find a neutral place and sit down to talk things through. All parties must agree to work together to resolve the issue and agree to ground rules e.g. no name calling, insults or blaming.

Stick to the main problem when discussing a conflict with someone. Bringing up things that happened in the past may provoke anger in the other person. This will cause the original argument to go unresolved and may even worsen the situation.

Tell the other person how you feel about the whole thing. Be open about what is bothering you and be polite but firm.

Try to think of creative solutions to a conflict. Discuss the options and allow all parties involved to voice their opinions. Negotiate and compromise in order to reach a conclusion that is acceptable to all. Everyone will have to verbally state their agreement to the solution.

If the people involved can’t come to an agreement, then a neutral person may help mediate a solution. 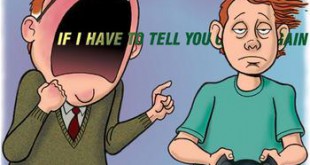 How to Improve Self Esteem of Overweight Teenagers 15 Years & Below