Comparison on medicine advertisements control between Malaysia and United Kingdom

The following are the comparison of medicine advertisements control between Malaysia and the United Kingdom: 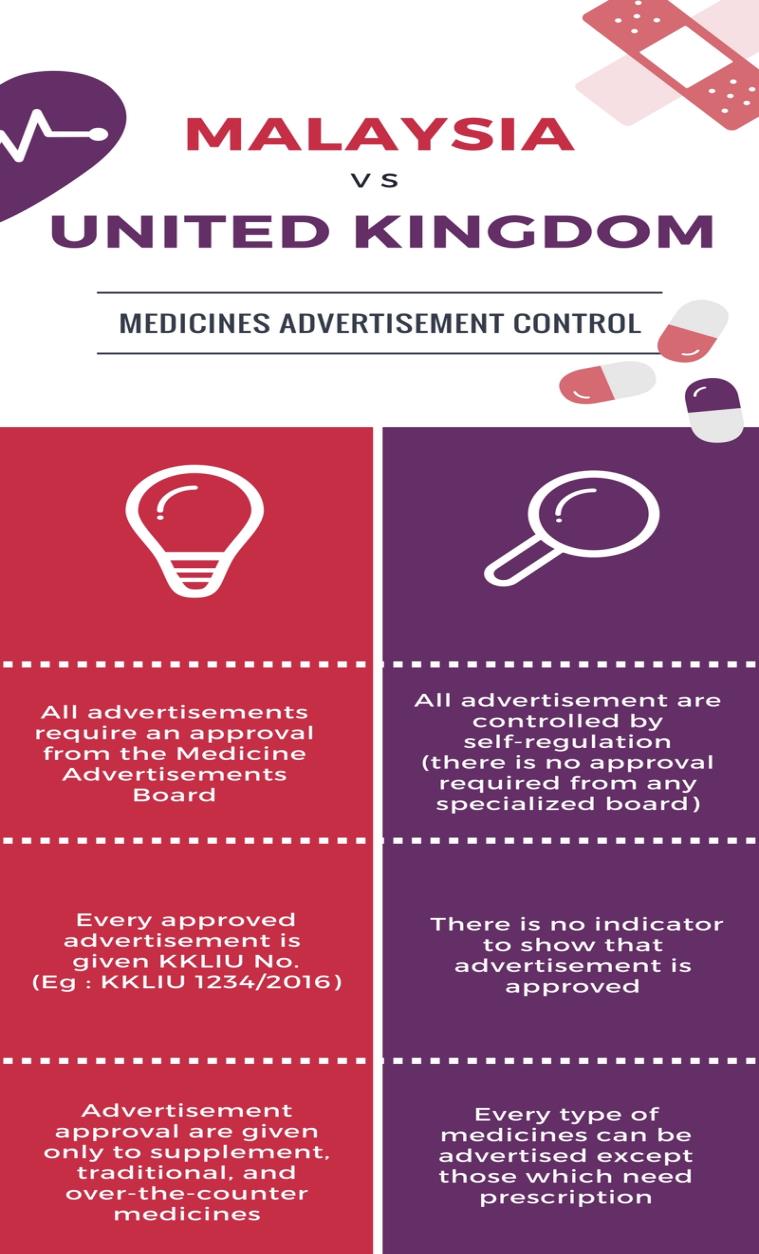 In self-regulation approach, the responsibility to ensure medicine advertisement is abiding the law is not only falls to the hand of the authorities but also shared among agencies and associations concerned. This means that if a member of association is violating a code that has been assigned, action will be taken by the agencies towards the offending member.

The Role of Medicine Advertisements Board

The role and tasks of the MAB are as follows: 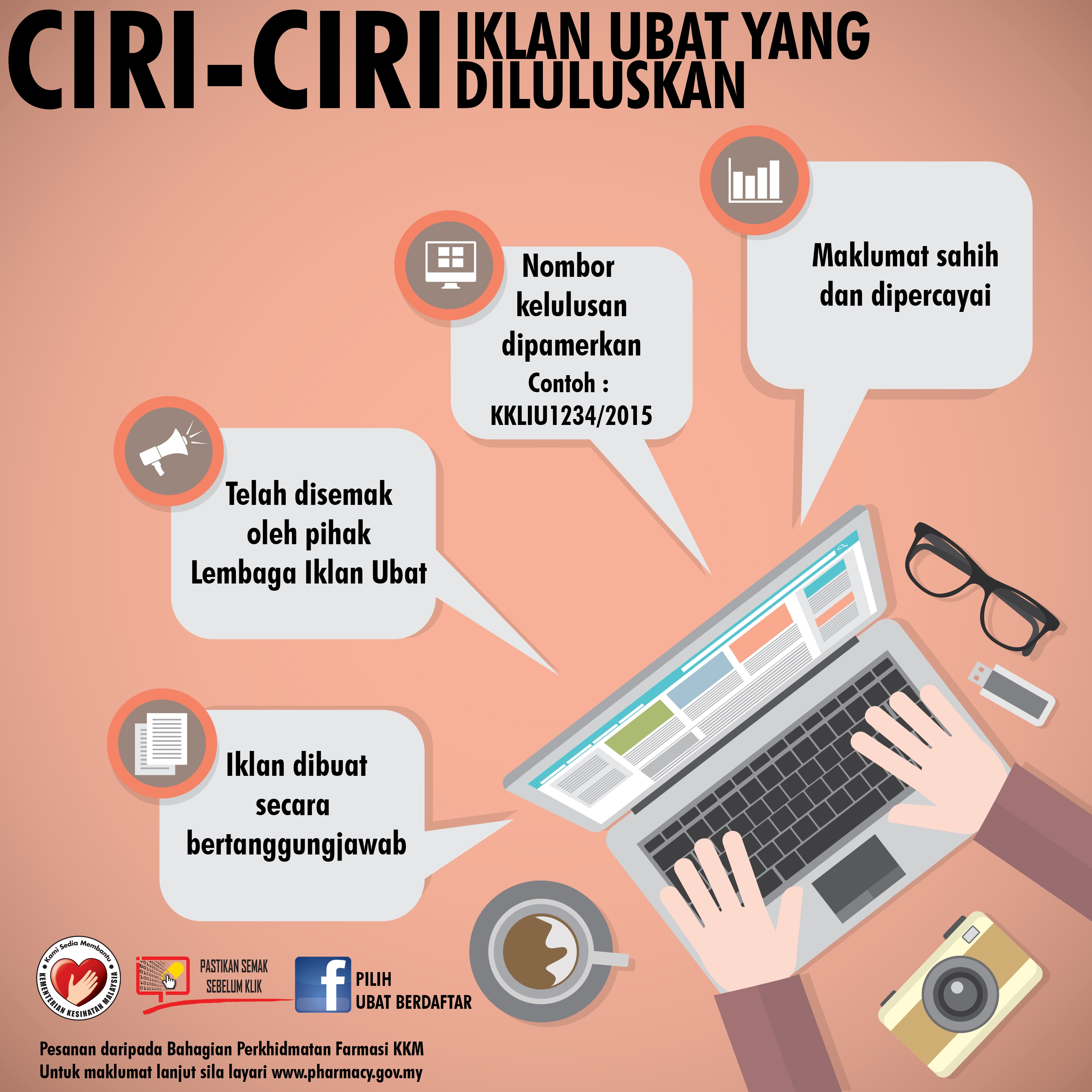 In addition, even though the advertisement does not require an approval but there are a few conditions which require an evaluation from the authorities:

Besides that, the UK authorities also have the power to issue an order as follows especially to those involving a risk to the general health:

Advice to the consumer 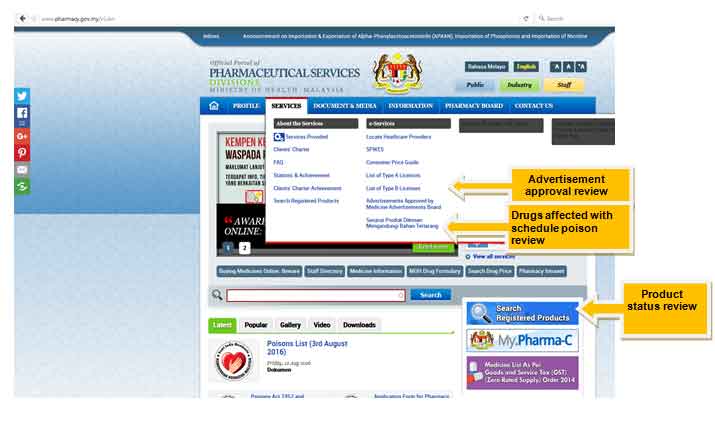 Make sure registered medicine/pharmaceutical product have a MAL registration number along with a hologram sticker and its advertisement is approved by the MAB. Realizing the fact that consumers need information, the Pharmaceutical Services Division has created a dedicated webpage to give information concerning the risk of purchasing medicine online. Please go to http://www.pharmacy.gov.my/v2/ms/website/waspada-belian-ubat-online for tips/guidelines/e-posters and videos. 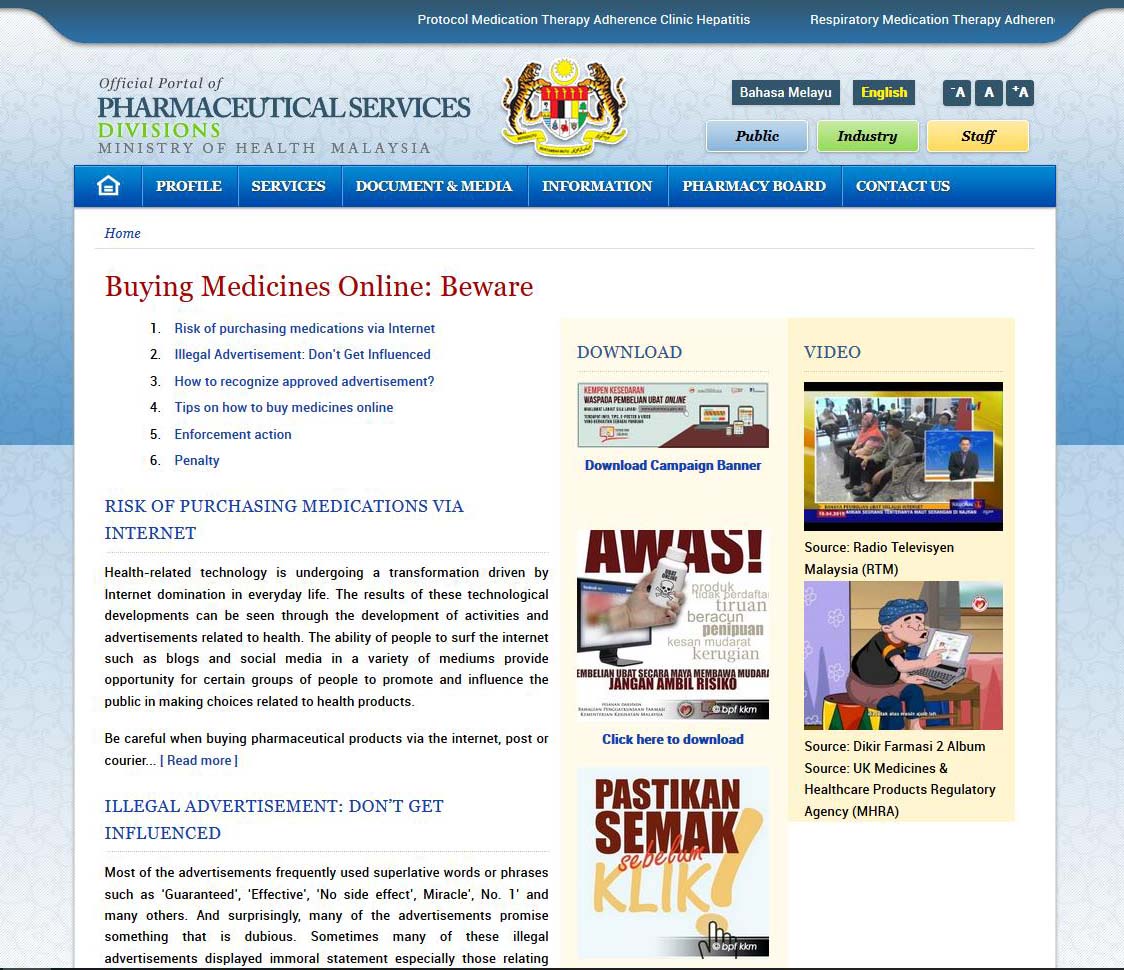 Use of preservative in cosmetic preparation

The Purchase And Supply Of Controlled Medicine