What is a common cold?

Common cold is an infection of the nose and throat. It is usually caused by a virus. It is the most common infectious illness among young children with the highest rate during the first 2 years. Most children catch several ‘colds’ in a year. The rate is even higher among those who stay in institutions like nursery, kindergarten, welfare home and school.

What are the signs & symptoms of a common cold?

It may extend to a middle ear infection or cause fluid to accumulate in the middle ear.

What is the treatment for common cold?

Common cold is a self-limiting disease. No specific treatment is required. The aim of therapy is to make the child feel comfortable. Important steps include:

Steps to relieve a blocked nose include:

Aspirin is contraindicated to a young person less than 15 years old. It is associated with a rare but very serious illness called “Reye’s syndrome”.

Can common cold be prevented?

It is almost impossible to prevent common cold but there are ways to minimize the rate of spreading the infection:

Vaccine is available only for some specific viral strains. It is not practical in Malaysia as the viruses that can cause common cold are present throughout the year. Furthermore, it is not cost effective. 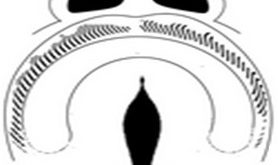 Cleft and Effects on Hearing