Childbirth (also called labour, birth, or parturition) is the process at the end of pregnancy by which a fetus leaves the mother’s womb.

A typical childbirth is usually described in three stages 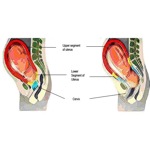 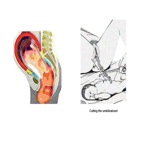 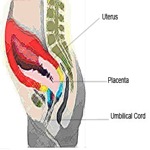 Summary of stages of labour 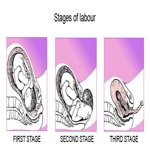 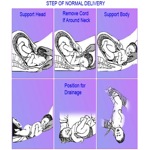 Complications occasionally arise during childbirth; this can require interventions such as instrumental deliveries using vacuum extraction or forceps and operative delivery or caesarean section.

If childbirth occurs among teenagers less than 14 years of age, it might be complicated by obstructed labour due to underdeveloped pelvic bones. Obstructed labour can lead to death of the fetus and mother, or cause damage to the surrounding pelvic organs.