Carbohydrates are major constituents of physiological systems. The organic compounds composed of carbon, hydrogen and oxygen [CxH2O)y]n, which along with lipids and proteins, provide energy and contribute to the structure of organisms. Complex carbohydrates are digested into simple sugars, principally glucose, which is used primarily as an energy source and stored as glycogen. The most important dietary hexoses (6 carbon-containing carbohydrates) are D-glucose, D-galactose and D-fructose but the principal sugar circulating in the bloodstream is glucose. Lactose (glucose and galactose) and sucrose(glucose and fructose) are important disaccharides. Carbohydrates are needed for specific cellular functions (such as ribose in nucleic acids) and can modify proteins and their functions by glycosylation.

Glycolysis is an anaerobic degradation of glucose to lactate which occurs in all human cells. This process is capable of yielding 2 mol of ATP from 1 mol glucose in the absence of molecular oxygen. Provided cells contain mitochondria, the end product of glycolysis in the presence of oxygen is pyruvate rather than lactate. Pyruvate is then oxidized to CO2 and H2O by enzymes in the mitochondria.

Glucose is metabolized differently in various cells. In red blood cells, after penetrating the plasma membrane, glucose is metabolized mainly by glycolysis. Since red blood cells lack mitochondria, the lactic acid is released into the blood. Glucose used by pentose phosphate pathway in red blood cells provides NADPH to keep glutathione in the reduced state, which has important role in the destruction of organic peroxides. Peroxides cause irreversible damage to membranes, DNA and other cellular component.

The brain tissue has an absolute need for glucose and processes it via glycolysis. Pyruvate produced is then oxidized to CO2 and H2O in the mitochondria. The pentose phosphate pathway in these cells generating part of NADPH needed for reductive synthesis and the maintenance of glutathione in the reduced state.

Adipose tissues also transport glucose by glucose transport protein in an insulin dependent mechanism. Pyruvate is generated by glycolysis and oxidized by the pyruvate dehydrogenase complex to give acetyl CoA, which is used primarily for de novo fatty acid synthesis.

Liver has the greatest number of ways to utilize glucose. Uptake of glucose by the liver occurs independent of insulin by means of a low affinity, high-capacity glucose transport protein. Glucose is used by the pentose phosphate pathway for the production of NADPH, which is needed for reductive synthesis, maintenance of reduced glutathione and reactions catalyzed by endoplasmic reticulum enzyme systems. Pentose phosphate pathway provides ribose phosphate which required for the synthesis of nucleotides such as ATP, DNA and RNA. Glucose is also used for glycogen synthesis. In glucuronic acid pathway, glucose can also be used in drug and bilirubin detoxification. In the liver, glycolysis occurs and the pyruvate produced being used as a source of acetyl CoA for complete oxidation by the TCA cycle and the synthesis of fat by the process of de novo fatty acid synthesis.The liver has the capacity to convert three carbon precursors, such as lactate, pyruvate, glycerol and alanine, into glucose by the process of gluconeogenesis, to meet the need of glucose of other cells.
Glycolysis occurs in three stages. Priming stage involves input of two molecules ATP and catalyzed by hexokinase to convert glucose into a molecule of fructose 1,6-biphosphate. The splitting stage involves fructose 1,6-biphosphate aldolase which catalyzed fructose-1,6-biphosphate into two molecules of glyceraldehydes 3-phosphate. In the oxidoreduction-phosphorylation stage, two molecules glyceraldehydes 3-phosphate are converted into two molecules of lactate with the production of four molecules of ATP. The overall process of glycolysis generates two molecules of lactate and two molecules of ATP.

Net synthesis or formation of glucose from various substrates is termed gluconeogenesis. This includes use of various amino acids, lactate, pyruvate, propionate and glycerol. Glucose is also synthesized from galactose and fructose. Two important cycles in tissues that involves gluconeogenesis are Cori Cycle and the alanine cycle. The cycles are only functional in liver and tissues that do not completely oxidize glucose to CO2 and H2O. Peripheral tissues must release either alanine or lactate as the end product of glucose metabolism. The type of recycled three-carbon intermediate is the difference between the Cori cycle and the alanine cycle. In the liver, carbon returns to lactate in Cori cycle but in alanine cycle, it returns to alanine.

Glucose in synthesized from the carbon chains of amino acids except leucine and lysine. All other amino acids are classified as glucogenic or both glucogenic and ketogenic give rise to net synthesis of either pyruvate or oxaloacetate. Oxaloacetate is an intermediate in gluconeogenesis.

Glucose can also be synthesized from odd-chain fatty acids such as phytanic acid. Catabolism of such compounds yield propionate, a precursor for gluconeogenesis generating oxaloacetate. Triacylglycerols, which are composed of three O-acyl groups combined with one glycerol molecule. Hydrolysis of a triacylglyserol yield three fatty acids and glycerol, the substrate for gluconeogenesis.

Glucose is synthesized from other sugars such as fructose, galactose, and mannose. In the liver,fructose phosphorylated by a special ATP-linked kinase yielding fructose 1-phosphate which is then cleaved by enzyme fructose 1-phosphate to yield one molecule of dihydroxyacetone phosphate and one glyceraldehydes. Dihydroxyacetone phosphate can be converted to glucose or into pyruvate or lactate.

Milk sugar or lactose is an important source of galactose in the human diet. UDP-glucose serves as a recycling intermediate in the overall process of converting galactose into glucose.

Glycogenesis refers to synthesis of glycogen. The first reaction is being catalyzed by glucokinase in hepatic tissues and hexokinase in peripheral tissue. Liver glycogenesis contributes to the lowering of glucose in the blood.

The most important hormone controlling plasma glucose concentrations is insulin. Insulin binds to specific cell-surface receptor on adipose tissue and muscle, enhances the rate of glucose entry into these cells. The intracellular glucose concentration is kept low by insulin-induced activation of enzymes which stimulate its incorporation into glycogenesis in liver and muscle. Insulin also inhibits gluconeogenesis from fats and amino acids. Glucagon secretion stimulated by hypoglycaemia, enhances hepatic glycogenolysis and gluconeogenesis. 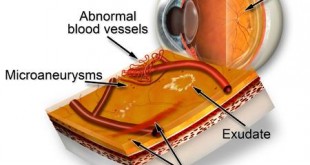