Brain tumour is an abnormal and uncontrolled growth of cells in the brain. Brain tumours can be divided into:

Both of them can grow bigger and cause compression on structures of the brain such as the eyes, causing blindness.

Males are more likely to be diagnosed with brain tumours than females (ratio: 1.5:1)

There are several factors that slightly increase the risk of developing a brain tumour.

Other possible risk factors that have been postulated are mobile phones, power lines and certain viruses. However, there is no evidence to support them as risk for tumours. Tobacco, alcohol, hair dyes, pesticides, air pollution, aspartame diet and head trauma are also not associated with higher risk of tumour.

Most common symptoms are headaches and fits (seizures). Headaches (half of all patients) are usually generalised and worse in the morning but wear off as the day goes on. This is due to increased pressure in the skull. The headaches are also usually associated with vomiting. Seizures occur at presentation in 15-95% of patients with brain tumour, and are typically focal in type.

Unsteadiness in standing and walking

This must be done by a multidisciplinary team – neurologist, neurosurgeon and clinical oncologist

Outcome of the brain tumours is dependent on

The outcome is better for younger patients.

Fast growing tumours are more likely to recur after treatment.

Sometimes, the tumour cannot be removed completely due to its location near to vital organs in the brain. 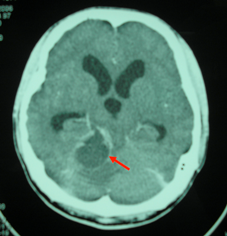 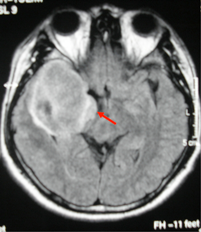 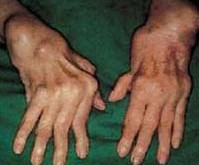