What is a brain aneurysm?

A brain aneurysm is a bulging, weak area in the wall of an artery that supplies blood to the brain.

In rare cases, the brain aneurysm ruptures, releasing blood into the skull and causing a blood clot in the brain . Depending on the severity of the hemorrhage, brain damage or death may result.

The most common location for brain aneurysms is in the network of blood vessels at the base of the brain called the circle of Willis.

What causes a brain aneurysm?

A person may inherit the tendency to form aneurysms, or aneurysms may develop because of hardening of the arteries (atherosclerosis) and aging.

The following risk factors may increase your risk for an aneurysm:

What are the symptoms?

Most brain aneurysms cause no symptoms and may only be incidentally detected.

Symptoms usually arise after it rupture causing bleeding inside the brain (hemorrhogic stroke). The symptoms are:

Once an aneurysm bleeds, the chance of death is 30 to 40 percent and the chance of moderate to severe brain damage is 20 to 35 percent, even if the aneurysm is treated. Fifteen to 30 percent of patients have only mild difficulties or almost none. If the aneurysm isn’t treated quickly enough, another bleed may occur from the already ruptured aneurysm.

What are the symptoms of an unruptured aneurysm?

Smaller aneurysms usually don’t have symptoms. But as an aneurysm enlarges, it can potentiality causing symptoms by pressing on certain areas in the brain. The symptoms is depending on what areas of the brain are affected and how bad the aneurysm is. When this happens, the person may suffer from severe headaches, blurred vision, changes in speech, neck pain, numbness or weakness of an arm or leg, and seizures.

What are the chances that an unruptured aneurysm may bleed?

Many factors determine whether an aneurysm is likely to bleed. These include the size, shape and location of the aneurysm and symptoms that it causes. Smaller aneurysms that are uniform in size may be less likely to bleed than larger, irregularly shaped ones. That’s why treatment should be started as soon as possible.

What causes an aneurysm to bleed?

The exact cause were unknown but several factor has been identified for higher risk of bleeding:

How are cerebral aneurysms diagnosed?

What treatments are available?

The ultimate goal of brain aneurysm treatment is to prevent any future bleeding while preserving the artery from which the aneurysm originates.

Currently, there are two major treatments:

The placement of a metal clip across the base of the expanded, balloon-like aneurysm is the most definitive treatment, and the success rate is excellent. Over the last 20 years, surgical techniques for repairing brain aneurysms have improved tremendously, and “microsurgical clipping” can be carried out with very little risk.

Endovascular treatment of brain aneurysms is an alternative to microsurgical clipping.
Cerebral angiogram will be performed first and special coils are delivered to the aneurysmal sac. This coils block off the ballooned part of the artery and cause the aneurysms to clot and solidify, preventing further bleeding

An unruptured aneurysm may go unnoticed throughout a person’s lifetime.

It is estimated that about 40 percent of individuals whose aneurysm has ruptured do not survive the first 24 hours; up to another 25 percent die from complications within 6 months.

Individuals who receive treatment for an unruptured aneurysm generally require less rehabilitative therapy and recover more quickly than persons whose aneurysm has burst. Recovery from treatment or rupture may take weeks to months. 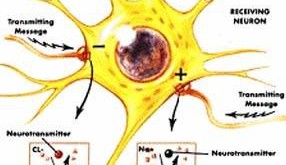