Persistent bleeding following a dental extraction is an uncommon, but well-reported post-operative complication of dental surgery. It can be caused by a variety of factors which are divided into local and systemic causes.

Patients may or may not be aware that their medical condition or medication places them at some risk, therefore it is important these matters are identified when patients complete the medical history questionnaire prior to treatment.

The usual presentation is of a large blood clot that forms over the tooth socket without actually stopping the bleeding. This leads to a red, jelly-like mass, which gradually increases in size as the socket continues to ooze blood underneath it. For as long as the large clot remains in place the socket will not stop bleeding.

Management of Bleeding after Tooth Extraction

What to avoid so that bleeding is not precipitated

Steps to be taken if bleeding persists

What happens when the dentist sees me?

Bleeding which occurs several days after tooth extraction is known as secondary bleeding. It is due to infection of the wound which causes loss of clot and erosion of vessels in the granulation tissue. Before stitching or packing the socket in case of secondary bleeding, the extraction socket wound is examined carefully for any foreign body. Antibiotics may be given to the patient. 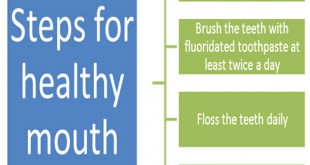 Dependent Elderly And The Mouth