What is Quorum Sensing

One of the most important mechanisms for bacterial cell-to-cell communication and behaviour coordination under changing environments is often referred to as ‘quorum sensing’.

As they employ different languages they cannot necessarily talk to all other bacteria. Today, several quorum sensing systems are intensively studied in various organisms such as marine bacteria and several pathogenic bacteria. 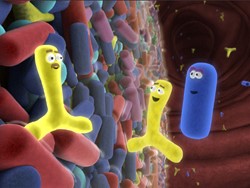 How do Bacteria Talk to each other?

Each bacterium secretes a small amount of a chemical for each it has surface receptors. The larger the number of bacteria present, the higher the level of chemical, and this is detected by the surface receptors. When they detect a sufficient numbers are present (a “quorum”) they start attacking their host.

One of the most studies bacteria is Vibrio fischeri. This luminescent bacterium can be found in small amounts in the ocean and in large amounts in isolated areas such as the light organs of the squid. When in small concentration of cells, Vibrio fischeri does not give off light, but in high cell density these bacteria emit a blue green light.

Why do Bacteria talk to each Other?

As environment condition often change, bacteria need to react quickly in order to survive and sustain. These responses include 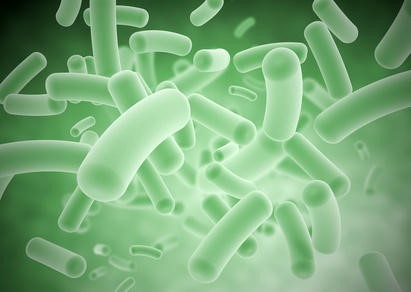 Can Bacteria Communicate between Different species?

Yes, bacteria can communicate between different species and this is reffered to as quorum sensing cross talk.

What are the benefits of quorum sensing research?

Quorum Sensing research has many potential applications, most of these involve controlling bacteria by interfering with their signalling systems. For example many bacteria rely on Quorum Sensing to control the expression of the genes, which cause disease. If we can block the Quorum Sensing systems we may be able to prevent these bacteria from being dangerous and causing disease.