Aspeech Of The Hearing Impaired Children

One of the most devastating effects of congenital hearing loss is that normal development of speech is often disrupted. As a consequence, most hearing-impaired children must be taught the speech skills that normal-hearing children readily acquired during the first few years of life.

Within the last decade, advances have been made in studying the speech of the hearing impaired. This is largely due to the development of sophisticated processing and analysis techniques in speech science, electrical engineering, and computer science that have increased our knowledge of normal speech production. In turn, these technological advances have been applied to the analysis of the speech of the hearing impaired, and also to the development of clinical assessment and training procedures. The oral communication skills of hearing-impaired children have long been the concern to Educators of the hearing impaired, Speech Pathologists, and Audiologists because the adequacy of such skills can influence the social, educational, and career opportunities available to these individuals.

Parents need to understand what kind of sounds that their child able to hear by looking at the diagram below. This diagram shows the environmental and speech sounds that can be heard accordingly to severity of hearing loss. 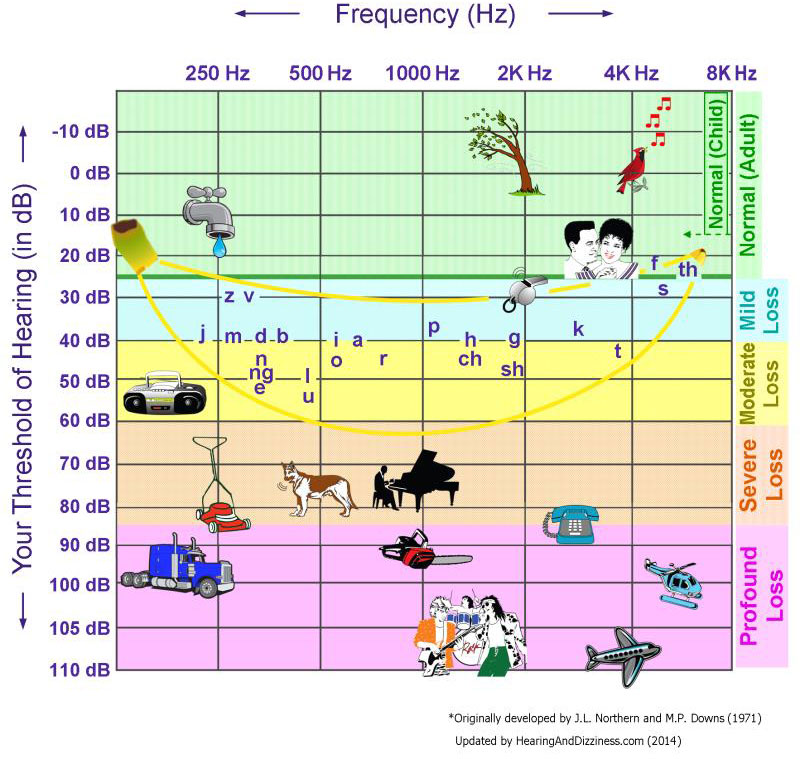 Whereas children with MODERATE hearing loss are unable to hear half of the speech sounds showed on the above diagram. So they might have language delay with many articulation errors without hearing aids.

Children with SEVERE and PROFOUND hearing loss suffered even more; they are unable to hear any of speech sounds. So they won’t able to talk if not wearing hearing aids or implant cochlear at early age.

It is very important for parents and teachers to know the child’s Aided Audiogram (hearing level after using Hearing Aids or Implant Cochlear). So that they will understand what could they child hear and say.

Speech development is dependent upon the:

The errors in segmental sounds produced by the hearing impaired are discussed here under the consonantal errors and vowel errors. In General, many studies have found that vowels are produced correctly more often than the consonants. (Geffner, 1980).

Another explanation given is that, since vowels carry more energy, they are easier to hear and therefore, produced correctly more often and easier to produce because it only require less difficult tongue adjustments.

Scholars have classified the articulatory errors into:

Levitt, Smith and Stromberg (1976) found that the most common suprasegmental errors are inappropriately monotonous rate, insufficient or excessive variability of intonation, inappropriate stress, and spasmodic control of phonation.

As what Ling (1976) have suggested; if the residual hearing in low frequencies is good, then the sequence of development of segmental and suprasegmental features may be normal.

The most frequent quality deviation reported in the hearing impaired is excessive nasality (Hudgins and Numbers, 1942; Sherman, 1952). They concluded that much of the nasality perceived is the natural consequence of the reduced speaking tempo or reduced of rate of speech rather than due to the velopharyngeal dysfunction. 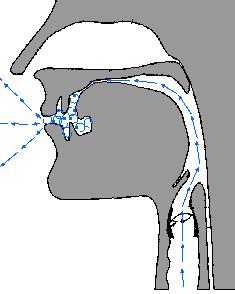 The profoundly hearing impaired children produced short and simple sentences. Most of their sentences consist of basic information and ungrammatical. The few sentences that were uttered in a complete form were mainly short utterances.

They formed sentences grammatically correct but in short utterances such as /want water/ rather than in full sentences; /mama, I want water/.

The children with moderate and mild hearing loss uttered complete and long sentences. Thus make them easily to interact with their peers among typical children.