Anthrax is a disease caused by a spore forming bacterium called bacillus anthracis. It affects mainly animals but can cause serious illness in humans if one is exposed to these spores. It can affect the skin, the intestines or the lungs. Anthrax has been developed into a modern biological weapon.

Humans, especially farmers and individuals who work in slaughter houses, may develop cutaneous anthrax through skin exposure to infected animals.

Humans can also develop inhalational anthrax by breathing in infected material. Anthrax infection is usually diagnosed by identifying the bacteria from skin blisters, blood, or other body fluids.

1. Cutaneous anthrax is the most common type of anthrax and occurs 1-2 days after the skin is scratched and exposed to soil, animal parts or faeces containing the spores. The affected skin forms an itchy black swelling becomes a blister that breaks into an ulcer. The bacteria enter the bloodstream and cause septicaemia (blood poisoning). 2. Intestinal anthrax happens 2 to 5 days after one eats contaminated meat containing the spores. The intestinal lining breaks and bleeding occurs. The victim feels nausea, loss of appetite, vomiting, fever and suffers from severe abdominal pain, bloody vomiting and diarrhoea. Blood poisoning occurs and the loss of blood can result in shock.

3. Inhalation anthrax is the least common but the most serious form of anthrax where the spores are inhaled into the lungs. Flu-like symptoms occur for 2 to 3 days with fever, cough and then breathlessness before the lungs bleed internally, much like a person drowning in his own blood. Death occurs rapidly most of the time. This is the type that is most feared if it is used as a biological weapon by terrorists.

If you believe that you’re at risk of anthrax exposure for example, you work in an environment where anthrax has been detected, notify authorities immediately for testing. See a doctor for further evaluation and care. If you develop signs and symptoms of the disorder after exposure to animals or animal products in any parts of the world where anthrax exists, seek prompt medical attention. Early diagnosis and treatment is crucial.

Treatment for all three forms of anthrax depends on oral or intravenous (IV) antibiotics. Treatment is most effective when started as early as possible.

Some strains of anthrax may be more responsive to one type of antibiotic than to another. Ciprofloxacin (Cipro), doxycycline and penicillin are FDA-approved for treatment of anthrax in adults and children. However, your doctor may prescribe other antibiotics or a combination of antibiotics.

These medications work by killing the anthrax bacteria. However, antibiotics may fail in inhalation anthrax once symptoms become severe because the bacteria may already have released large amounts of toxin that aren’t affected by antibiotics. Scientists are working to develop an anthrax antitoxin that could neutralize the toxin produced by anthrax bacteria.

If you’ve been exposed to anthrax, your doctor will likely prescribe a 60-day course of antibiotics. If you have inhalation anthrax, you’ll likely be hospitalized and treated with intravenous antibiotics.

Anthrax isn’t spread person to person. So a person with anthrax doesn’t have to be quarantined or isolated. If you were in contact with someone with anthrax, you’ll need to be treated only if you were exposed to a source of anthrax infection.

Thus, although anthrax is a much feared disease, it can be prevented and treated with careful and alert practices, and its use as a biological warfare agent is currently very limited with very effective counter measures in place.

What can you do to protect yourself and your family against anthrax?

First, don’t panic. The risk of exposure to anthrax remains exceedingly low, despite anthrax spores delivered through the mail.

Second, arm yourself with information to fully understand this microscopic invader. 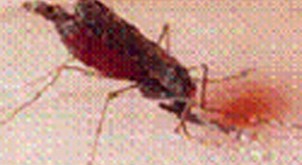