Home > NUTRITION > Food Safety > ACRYLAMIDE – What you should know?

ACRYLAMIDE – What you should know?

Acrylamide is a chemical that is used to make polyacrylamide materials, treatment of drinking water and waste water, glues, paper and cosmetics, construction of dam foundations and tunnels.

What is the problem?

Acrylamide is known to cause cancer in animals. At certain doses, it can cause damage to the nervous system of both animals and humans and has been shown to affect the reproductive system in animals.

How does acrylamide form when food is cooked at high temperatures?

Acrylamide appears to be produced naturally in some foods that have been cooked or heat processed such as fried potato, fried banana, breads and bakery products.

What can be done to avoid acrylamide in food? Should I stop eating starchy foods including potato chips / potato crisps?

We don’t know exactly at what temperature acrylamide is formed in food. However acrylamide has so far not been found in food prepared at temperatures below 120°C, including boiled foods. All foods, especially meat and meat products should be cooked sufficiently to destroy food poisoning bacteria. People should continue their practice eating healthy diet.

Are home-cooked foods safer than pre-cooked, packaged or processed foods?

Elevated levels of acrylamide have been found in home cooked foods, as well as pre-cooked, packaged and processed foods.

What is the risk of me getting cancer from acrylamide?

For humans, the relative potencies of cancer causing agents in food are not known. Prolonged exposure to acrylamide has caused a range of tumours in tests animals i.e.(rats and mice). Study of workers exposed to acrylamide through air and contact with their skin found no evidence of cancer.

Is any level of acrylamide in food acceptable?

Acrylamide belongs to the group of chemicals thought to have no reliably identifiable ‘threshold’ of effects, meaning that very low concentrations may result in very low risks to health.

Does food represent the greatest source of acrylamide or are there other sources?

The levels of acrylamide found in some foods are much higher than the levels recommended for drinking-water, or levels expected to occur as a result of contact between food and food packaging (from wrapping paper) or use of cosmetics.

Is acrylamide produced naturally in the body?

There is no evidence that acrylamide is produced in the human body and certainly not at the levels that could be measured.

Is there a guideline stating the maximum limit for acrylamide in water?

Can we trust what the food industry tells us about how they prepare their processed foods?

The food industry recognized the implications of consumers perceiving their products as unsafe, as well as their liability in selling a product that is potentially harmful to the consumers. Monitoring by government will provide some levels of assurance for consumers on the safety of food products in the market and also verify claims by the food industry about how they prepare their processed products.

Is there any toxicology study about acrylamide?

According to World Health Organization and Food and Agriculture Organization (WHO / FAO), there is still considerable uncertainty mechanism of the toxicity of acrylamide and the assumptions used to compare the most relevant extrapolation of animal study to human.  The toxicological studies should continue to reduce this uncertainty particularly of the intake assessments. Acrylamide in food will be reevaluated when results of an ongoing toxicology studies become available.

What should consumer do? Do we stop eating potato chips, kerepek, maruku and all foods prepared at high temperatures above 120°C?

Ministry of Health advises Malaysians to live healthy lifestyle and eat balanced and healthy diets, which include fruits and vegetables. They should also eat fried and fatty food in moderation. 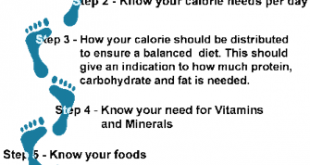